Looking for a selfie centered smartphone? Well, there are a lots of choices out there in market such as Asus Zenfone Selfie, Oppo F1 and F1s, but here, we are going to talk about the recently launched smartphone launched by Gionee, the Gionee S6s. The Gionee S6s is the upgraded version of the Gionee S6 smartphone that was launched earlier this year. The biggest highlight of the smartphone is its front facing camera, and not only that, the smartphone do come with some decent specs in order to make it complete package in terms of both performance and camera quality. But, does the smartphone worth it? Well, Here is our review for what they say is the “Selfie Centered” Gionee S6s smartphone. 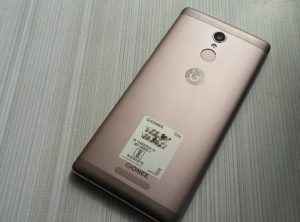 The Gionee S6s comes in an all metal uni-body design that gives it a sturdy look and the smartphone doesn’t feel bulky when you hold it in your palm. Up the front is the 2.5D curved display of the smartphone protected by Corning Gorilla Glass. The back of the smartphone is all metal. A Gold lining runs throughout the corners at the back of the handset that gives it a premium feel. At the bottom, there are three capacitive buttons for Back, Home, and Recent. The front camera accompanied by an LED flash sits on top of the display. 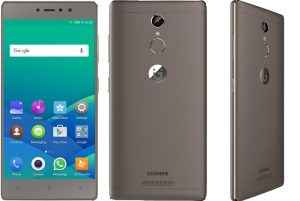 The rear panel packs the primary camera with LED flash while there is the fingerprint scanner placed right below the camera. Gionee’s new logo is placed under the fingerprint scanner. A speaker grille is placed at the bottom accompanied by the company branding. The right edge of the smartphone has the power and volume rocker buttons while the left edge packs the hybrid SIM slot. The bottom holds the regular Micro-USB charging slot and a 3.5mm audio jack. 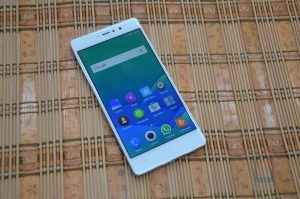 The Gionee S6s features a 5.5-inch full-HD (1080p resolution) 2.5D curved glass display protected by Corning Gorilla Glass coating. We were impressed by the sunlight legibility of the S6s smartphone. Viewing angles were not an issue during our usage. Gionee ships the S6s with an in-cell IPS display and it had decent Black levels. Watching movies and playing games on the Gionee S6s is a treat with no noticeable real world issues. The company unveiled the S6s in just two colours Latte Gold and Mocha Gold in India.

The Gionee S6s runs the company’s proprietary Amigo 3.2 custom ROM which is based on Android 6.0 Marshmallow. There are some new visual effects on the S6s that were not available in earlier models. Users can now arrange the apps on different home screens with the help of two new options like Cleanup, that clears either the top or bottom of the home screen for addition of new apps, and Arrange, which will help users arrange installed apps spread across various panes. 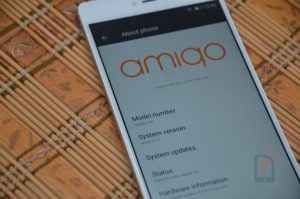 Unfortunately, the Gionee S6s comes with a lots of pre-loaded apps like Hotoday, Compass, Mobile anti-theft app, G Store, Mood Wallpaper etc. To make it more worst, you can not uninstall them, though, you can hide them if you want to. Gionee is shipping the S6s with its Chameleon app that can pick a colour from any object using the camera and then make a theme based on the colour. Gionee S6s comes with a lot of features such as Fake Calls, Super Screenshot tool, Theme Park, and extreme battery mode settings.

The Gionee S6s is powered by a 1.3 GHz octa-core MediaTek MT6753 processor that comes with 3 GB RAM, 32 GB internal storage and will be clubbed with Mali T-720 GPU. The storage on the smartphone can be further increased up to 128 GB via micro-SD card. The device didn’t face any lags during multi-tasking or were bugged by any serious performance related glitches in daily usage. 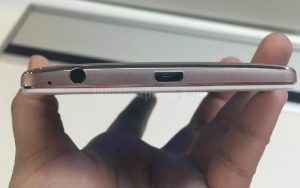 The switching between the apps was quite smooth. Voice calls on the Gionee S6s were clear and you will not face call drops due to handset issues. We spent considerate time on the Gionee S6s reading e-books and had no issues with the display. 4G connectivity was no problem. Though, the smartphone can get a bit warm while playing heavy games for a long period of time. 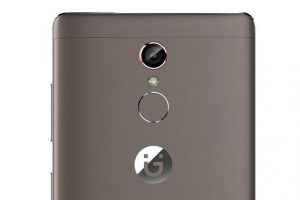 The response of the fingerprint sensor is absolutely quick. As for connectivity options, the Gionee S6s offers 4G (with VoLTE), Wi-Fi 802.11 a/b/g/n, Bluetooth 4.0, 3.5 mm headphone jack, and Micro-USB (no Type-C USB Port).

The Gionee S6s smartphone features a 13 mega-pixel rear camera with LED flash and PDAF (phase detection auto-focus). The rear camera on the Gionee S6s ships with a Sony sensor and is capable of capturing decent images with good amount of detail and colour accuracy. Though, image do loose some details while we zoom into them. But, the result of this camera under low light is quite good. 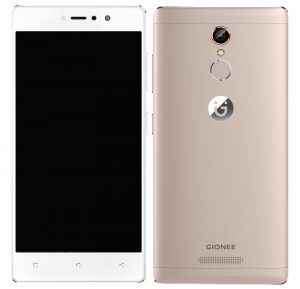 Now, talking about the front camera of the smartphone, the Gionee S6s features an 8 mega-pixel fixed-focus front camera comes with its own flash module and packs an f/2.2 aperture with a 5P lens. Selfies taken with this camera are great with decent colour accuracy. However, the front camera works well only in good light conditions. In the dark conditions, the images clicked from this camera gets exposed more because of the front facing flash, and color accuracy is absolutely poor.

There are a lot of options to choose from including Panorama, Slow motion, Macro, Night, Time lapse, Text recognition, HDR, Professional, Smart scene, Ultra pixel, Mood photo, PicNote, GIF, and Smart scan. The camera app also offers additional settings such as option to choose Scene mode, Exposure, and White balance among others. The rear camera is capable of recording videos at 1080p quality.

The Gionee S6s is backed by a 3,150 mAh non-removable battery. The smartphone can easily last up to 30 hours on an average use, that includes a few calls, surfing a few sites, using whatsapp and facebook for a few times. On heavy usage like playing games, wi-fi/ mobile network on all the time, etc will kill the battery with 10 to 12 hours, depending on the number of calls you are taking and number of apps open in the background.

The smartphone doesn’t support Quick Charge feature, though it can be charged from 0 to 100 percent in just 2 hours, which is good as when compared to other devices. 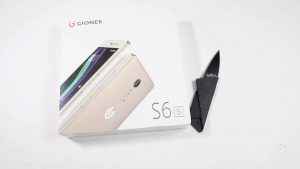 The Gionee S6s is priced at INR 17,490 is available on e-commerce sites such as Amazon, Snapdeal etc. There a few plus points of the smartphone such as built quality, decent display, a good battery backup and a decent performer in terms of managing and running apps. But, there is no such reason that we can call this phone, a “Selfie Centered” smartphone. The selfie camera is not up to the mark in dark conditions. However, the overall performance of the smartphone is good, considering its price range.