Unlike the previous Zenfone series smartphones that were made entirely of plastic, the Zenfone 3 is made up of glass with a metal body that makes the smartphone look sturdy and beautiful. The display of the smartphone is surrounded by brushed metal frame. The metallic frame all around has chamfered edges further adding to the design element.

Up above the screen lies the front facing camera alongside the proximity sensor. The three capacitive buttons lies below the display of the phone which represents back, menu and home respectively. The metal made volume keys and power button are placed on the right side of the smartphone. The left side of the smartphone is home to the hybrid SIM slot. Bottom of the phone features a Type-C USB port for charging and 3.5 mm audio jack paced on the top.

And as always, the back of the smartphone has the same concentric ring design as we can see in the Asus ZenBook. The back of the smartphone is home to the rear camera module, dual-LED flash, Fingerprint scanner and laser auto-focus. Also, the back is a complete fingerprint magnet. The phone measures 152.59 x 77.38 x 7.69 mm and weighs just 155 grams, thus making it one of the most slimmest and lightest smartphone.

The Asus Zenfone 3 (ZE520KL) features a 5.2-inch display where as the Asus Zenfone 3 (ZE552KL) features a 5.5-inch display. Now, both the displays are Full-HD (1080p) Super IPS + display with pixel density of 400 ppi (pixels per inch). The display is not as sharp as Quad-HD or Ultra-HD displays, but to be honest, the display is quite bright and vibrant that works well in both low and bright light conditions. 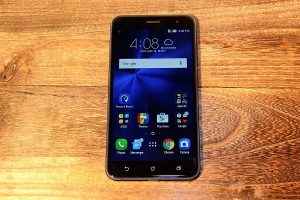 The display provides wide viewing angles even in bright sunlight despite the glass covered display. Also, the display is protected by 2.5D curved glass. The icons and text look sharp and watching video and images on this display is quite good.

Both the variants of Zenfone 3 runs on Android 6.0.1 Marshmallow OS with company’s Zen UI 3.0 interface. Smartphone comes with a lots of pre-installed apps and lots of customization features. The lock-screen shows the time, date, weather and notifications. You can also have three shortcuts placed here while swiping up from the corner reveals the camera module. Drop into the home-screen and you get access to the all the apps and widgets placed here. 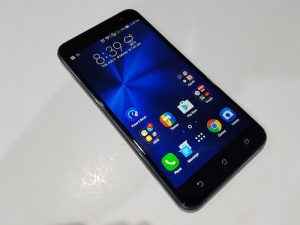 The software on the Zenfone 3 works smooth. Although Asus has reduced the amount of bloatware, there are still a lot of apps that can only be disabled and not uninstalled. As a user, we want to have more control of the system and not be a hostage to it. Thanks to the 64 GB storage, the device has enough room to carry these additional apps and new apps as well.

Both the smartphones handles the multitasking with an ease. The octa-core Snapdragon 625 processor didn’t give us any reason to complain regarding performance in daily usage. Apps launched with ease and jumping from one to another was amazingly fast. Undoubtedly, the 4 GB RAM variant is bit faster and snappier than the one with 3 GB RAM in terms of switching apps and multitasking. 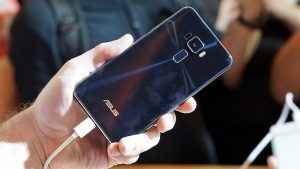 The response of the fingerprint sensor is absolutely quick. The best part is that it can recognize the fingerprints even with wet fingers and you’d never had to try more than once to unlock the handset. The network connectivity on the Zenfone 3 was particularly good. With the inclusion of USB Type-C, the Zenfone 3 supports fast file transfers. The single speaker placed on the bottom was loud and offered less distortion compared to other smartphones.

Both the variants of Asus Zenfone 3 are equipped with the same camera setup. The device features a 16 megapixel rear camera with a dual-tone LED Flash, PDAF (phase detection auto-focus) as well as Laser AF,  f/2.0 aperture, 6P Largan lens and 4 stop OIS (optical image stabilization). There is also an 8 mega-pixel front camera with f/2.0 aperture. Asus claims that the device can focus in just 0.03 seconds in all conditions. 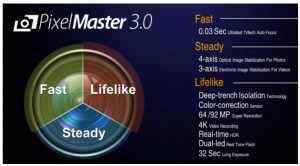 The camera on the Zenfone 3 captures excellent images with a great amount of detail and accuracy, thanks to the second-generation laser auto-focus technology which comes into play. Outdoor shots were also decent with vibrant colors, and didn’t lose detail when zoomed in. The low-light shots from the primary camera were decent as well though we noticed some noise at the edges. The camera also supports the 4K video recording.

The 8 mega-pixel front camera on the Zenfone 3 took sharp images and definitely surprised us with its quality. Selfies were clean with a decent amount of detail. The low-light results were also not bad. There are several tweaking options including Beautification for enhanced selfies. The front camera can record videos at full-HD (1080p) resolution. 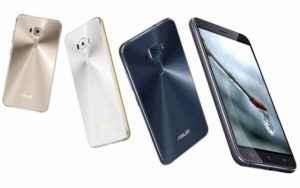 Asus Zenfone 3 is surely one of the best mid-ranged smartphone and has almost all the likes so as to compete with the other smartphones in the same price category. The hardware looks great and so does the screen. We also observed that battery life was absolutely amazing. All of that does not take away from the fact that there is a significant amount of bloatware on the phone. Also, at this price point, One Plus 3 is the best smartphone and is giving you much more then that of Zenfone 3. But, for those who are looking for a phone that offers great design, and who would prefer ZenUI over stock Android, the Zenfone 3 definitely is a contender.