Xiaomi had managed to create ripples in the Indian smartphone market with its sub Rs 10,000 phones such as Redmi Note, Redmi Note 4G, Redmi Note Prime. And the new Redmi Note 3 is no different which was launched in China last year. The major difference being that the Redmi Note 3 in India will be housing the Qualcomm Snapdragon 650 chipset whereas the one in China was launched with the MediaTek Helio X10 processor. Apart from being the first Xiaomi phone with a full metal body, this is also Xiaomi’s first foray into fingerprint scanner sporting handsets.

Here is our review for the new Xiaomi Redmi Note 3 smartphone.

The Xiaomi Redmi Note 3 features an all metal body and has rounded edges along the sides. The round fingerprint scanner is located just below the camera on the rear side of the device and they are aligned to be placed in the center. The dual LED flash unit is located in between the camera and the fingerprint scanner. The base has the speaker section. 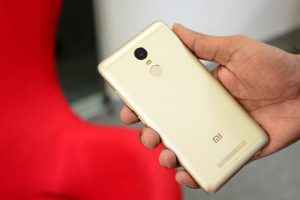 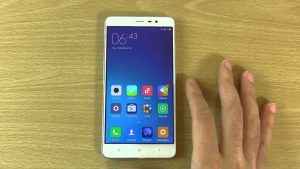 The matte finish on the sides of the smartphone gives you a good grip to handle the phone even with one hand. There’s even a chrome strip running around the edges which is slightly raised, so that it helps the display from touching the table if it is placed face down. The smartphone is 8.7 mm in thickness and weighs around 164 grams.

The Redmi Note 3 features a 5.5-inch full HD IPS LCD display which gives it a pixel density of 401 ppi. The device has good viewing angles with natural colors. However, the display catches smudges easily which is a bit annoying. Also, it has no gorilla glass protection, but the display is scratch resistant. 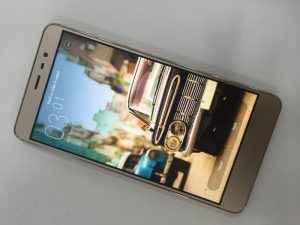 Xiaomi has carried forward the Sunlight Display technology from its Mi4/Mi4i line onto the Redmi Note 3 which makes adjustments to the display at a pixel level so that you see a balanced image in bright outdoors. The IPS LCD display is quite good with a good contrast ratio and decent black levels. Viewing angles are great, although the display can get very reflective at times.

The Xiaomi Redmi Note 3 is loaded with MIUI 7 OS. There aren’t any many major differences between MIUI 7 and MIUI 6 OS, but we do see some finesse on the OS. It has an animated profile picture feature called ‘Showtime’ which lets other MIUI users see your animated selfies when you call them, instead of a profile picture. 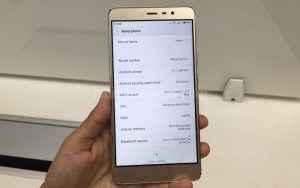 An interesting features of MIUI 7 is that if you are getting a one-time password (OTP) for some or the other credentials fulfillment online, you now get the option of copying the OTP from the notification itself rather than opening the message to search for. This is a good addition as you do not need to switch between screens. Same goes for calls – you get floating notifications at the top.

Xiaomi Redmi Note 3 is powered by Snapdragon 650, which is a hexa-core processor with two Cortex A72 cores and four Cortex A53 cores. Giving it company is Adreno 510 GPU and 3 GB RAM and 32 GB internal storage. All this combined made sure that the phone delivers a butter smooth performance. Also there were no heating issues to report about this smartphone. 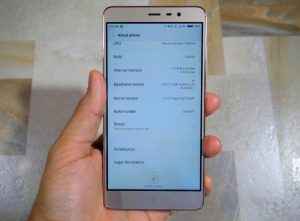 Despite the MIUI 7 skin based on Android 5.1 OS, we did not face any slowdown issues with the Redmi Note 3. The phone does take ages to reboot after a system update though, so beware in case you are in the middle of an important conversation, finish it off before you hit Reboot for the new system updates to take effect. 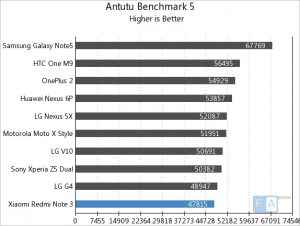 Fingerprint scanner works fine and is quick. We rarely had to keep adjusting the finger position for the scanner to unlock. You can also use the fingerprint scanner to click photographs or even lock apps, which is an interesting feature. Call quality on the Redmi Note 3 is excellent and the earpiece speaker is sufficiently loud even outdoors.

Xiaomi has equipped the Redmi Note 3 with a 16 mega-pixel CMOS sensor that offers an aperture of f/2.0. The sensor can record 1080p videos with the stock camera app and can even shoot 4k videos (but only with the help of third party applications). The rear shooter is paired up with a dual-tone LED flash and PDAF (phase detection auto-focus). It also has a 5 mega-pixel camera. 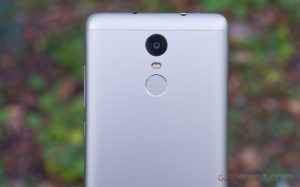 Image quality for daylight photographs is quite good. The HDR mode on the camera is similar to the one we had seen with the Mi4i, and is able to give a balanced output for regions in the shadow area. But we noticed that the highlights did get blown out on a lot of occasions

The low light photography on Redmi Note 3 is however a big bump for the smartphone. The camera just refuses to give sharp images. It takes time to lock on focus and if you are in the HDR mode, then unless you have rock steady hands, forget getting a remotely sharp image.

The Redmi Note 3 is backed with a 4,050 mAh non-removable battery. We almost managed to easily last a full day without looking for a charger onn a typical day, that includes couple of hours of calling, almost 5-6 hours of screen time with frequent Whatsapp, Facebook and Twitter account notifications. 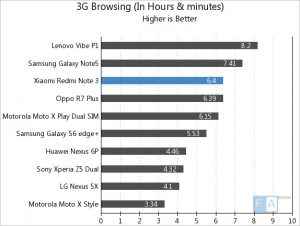 The phone requires uses a micro USB charger and not the type C one and the only disappointment in the battery front is that it supports Quick Charge 1.0 and not the current standard.

Xiaomi Redmi Note 3 is a great value for money phone. It has a great design and build quality, decent performance and an awesome battery life. However, we do think that the company could have enhanced its merits by offering a Quick charge 2.0. Also getting on to Android M brigade will help the smartphone get more acceptance given that Android N is also in the air if not being pushed over the air.

The Xiaomi Redmi Note 3 offers a decent camera but it fails to take decent shots under low lights. Also there is no 4K support. Overall, there is not much to dislike in the phone and it is a good value for money purchase.

$108.00
Added to wishlistRemoved from wishlist 0

Windows 7 The The mes