Home » Sony Xperia X Review: High specs but does it worth it!
BestReviews

Sony Xperia X Review: High specs but does it worth it!

Sony has been struggling to keep up in the smartphone business for the past couple of years now, but that hasn’t stopped the company from launching a new flagship year on year. Recently, the company has launched there new Xperia ‘X’ flagship, thus, ditching there ‘Z’ series. 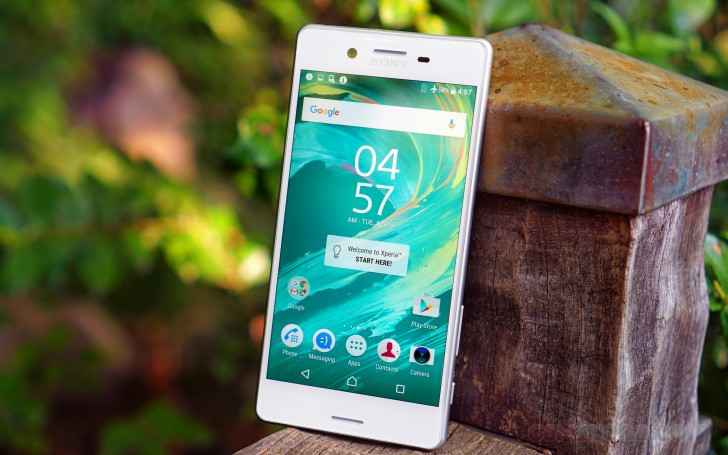 The new Xperia X was showcased at Mobile World Congress in Barcelona this year along with its powerful brother the Xperia X Performance and toned down version the Xperia XA. While the X Performance is only arriving in limited regions, the Xperia X was announced in India for a hefty price of Rs 48,999 (approx 725 dollars). Here is our review on the smartphone.

The Xperia X looks similar to previous generation of Xperia Z5 smartphones having a rectangular design with slightly rounded edges. The X brings back the 5-inch form factor and this time you get a 2.5D scratch-resistant curved glass covering the entire face of the smartphone. 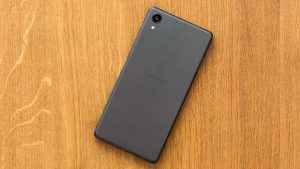 Above the display there is an earpiece slot which also houses one of the two loudspeakers and a notification LED. There is also the front camera, and the usual set of sensors. Below the display there is similar slot for the second loudspeaker. The NFC chip is on the top front this time which seems like an odd positioning, to which Sony says it was just a design choice and for convenience.

The left side of the smartphone holds a hybrid SIM card slot. The right side of the smartphones holds fingerprint scanner (which is also the power button), the volume rocker keys and a dedicated camera button. On the bottom of the device, there is a micro-USB port and at the top you get the standard 3.5 mm audio jack as well as a microphone for video recording. The back is plastic with a matte finish which feels really nice. The rear camera sits on the top left corner as usual with the LED flash below.

The Xperia X features a 5-inch IPS LCD (1080p resolution) display that comes with Bravia, Triluminos and X-Reality technologies. The display doesn’t match up with other flagships at this price point offering a 2K resolution display like the Samsung Galaxy S7 or the HTC 10. However, a 1080p display always consumes less battery.

Even though you don’t get high pixel density or AMLOED technology, the display still manages to impress. It offers really accurate colors and the saturation of colors is amazing. The white balance is slightly towards the blues but nothing still feels balanced. Sunlight legibility is pretty good and we really liked the auto-brightness sensor as it gradually increased or decreased brightness that too very consistently.

The Xperia X runs on Android 6.0.1 Marshmallow OS. There is a light UI on top but the system does take up a lot of storage. You get some peppy wallpapers, some themes and some useful settings around the homescreen. The UI doesn’t slow down at any point of time and the overall experience is very snappy. 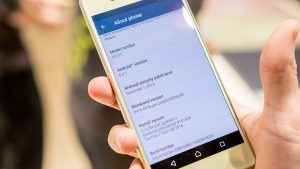 The quick settings, apps switcher and menus are very close to stock which is nice. Sony has added a new Smart cleaning feature that automatically cleans up the cache of apps you don’t use very often, of course you can always switch it off and do it manually. Then you have the usual battery management modes. In terms of pre-installed apps, there are many including a few games.

The Xperia X is powered by a Qualcomm Snapdragon 650 which is a six-core processor with two 1.8 GHz Cortex-A72 cores and the remaining 1.4 GHz Cortex-A53 cores backed up with an Adreno 510 GPU. The device comes with 3 GB RAM and 64 GB internal storage that can be expanded up to 200 GB via micro-SD card.

Now, the processor used in the Xperia X is not worth it for a smartphone at such price tag. Though, not to worry you, the device is a good performance package overall. The 3 GB RAM helps in efficient multitasking and the Adreno 510 GPU is also great at churning performance for heavy games like Asphalt 8: Airborne or Dead Trigger 2.

Heating is managed well most of the times, but using the camera extensively does make the smartphone go warm. It even sends out a warning message in the camera app saying that some features might not work as the phone is heating up.

The sound quality on the smartphone is also quite impressive. The dual speakers are pretty good and produces clear sound and it feels awesome while listening to any kind of music on the device.

The camera is one of Sony’s major focus points for its new Xperia X range, and the Xperia X camera does not get left out. The device features a 23 mega-pixel main camera with 1/2.3-inch Exmor RS sensor, Predictive Hybrid AF, 5x Clear Image Zoom, 24 mm wide-angle G Lens, and f/2.0 aperture, and a 13 mega-pixel front-snapper with 1/3-inch Exmor RS sensor, 22 mm wide-angle lens and f/2.0 aperture. 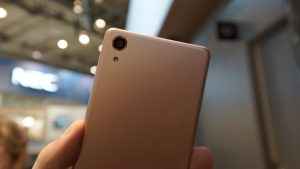 Sony has stressed on the speed of the camera by introducing the Predictive Hybrid Auto-focus system that allows you to tap on your subject once and track its movement with correct focus. This works well when you have moving subjects. Then there is the option to instantly take a picture by just pressing the dedicated camera key even when the phone is locked in just 0.6 seconds. 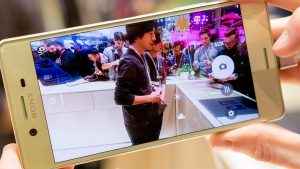 The front camera can squeeze in a lot of pixels and Sony claims that the sensor can handle low light very well. Selfies look pretty good but some of them taken indoors weren’t as crisp as outdoors. Sony has also removed 4K video recording which is quite a bummer as almost every flagship and even budget smartphones offer UHD video recording. The front camera can now shoot only up to 1080p videos.

The Xperia X is backed with a 2,620 mAh battery. The smartphone surprisingly goes on all day if you are a casual user. Heavy usage did consume almost all of the battery by evening but you get some nice and efficient battery saving modes. Apart from offering Quick Charge 2.0 for fast charging, the handset also comes with a Qnovo battery which is claimed offer a longer life, much better than a conventional Lithium battery.

Now, after going through all the specifications and performance of the smartphone, we don’t think that we should tell you much more regarding if to buy the Xperia X or not. As, for such price tag, it is very hard for Xperia X to compete with likes of Samsung Galaxy S7, HTC One M10. Also, if you have a budget of 50k, then you can also go iPhone 6s.