China based Tech Company LeEco recently launched two new Smartphones: LeEco Le 2 and Le Max 2. Both the smartphones are successor to the Le 1s and Le Max smartphones that were launched earlier in 2015. The devices feature a new audio standard called CDLA (Continual Digital Lossless Audio), thus, skipping on the 3.5 mm headphone jack to deliver lossless audio to users via the USB Type-C port. LeEco also announced its LeMall.com, which is an online portal for purchasing new and recent models along with its accessories. 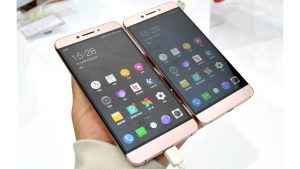 In terms of looks, nothing much seems to have changed with respect to its first generation phones – the Le 1s and the Le Max. But holding them side by side, the Le Max 2 easily makes it presence felt, thanks to its larger footprint. All the phones employ metal in their build and the phones comes with rugged edges, antenna cuts on the top and bottom on the rear side, centrally aligned camera module and fingerprint scanner and so on. The phones looks good, no doubt, but do not lend themselves well to one handed use. 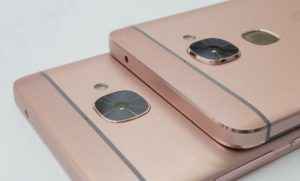 One thing that is missing on both the smartphones is a 3.5 mm audio jack. LeEco is offering buyers its own USB Type-C audio for its CDLA audio standard with the the world’s first CDLA Type-C audio headphones that deliver lossless audio for Rs 1,990. On the left hand side you have the SIM card slots, on the right you have the volume rocker and power standby buttons and the USB Type-C charging and data transfer port is present on the base surrounded by the speaker grille section.

The Le 2 comes with a 5.5-inch Full HD display (1080 * 1920 pixels resolution) at 401 ppi density(pixels per inch) and the Le Max 2 sports a 5.7-inch Q-HD (Quad-HD with 1440 * 2560 pixels resolution) display at 515 ppi density. Both phones offer really good viewing angles and sharp displays. Although we noticed that smartphones had a tendency to attract smudges. Yes, the display does tend to get too reflective. There wasn’t any mention of the Corning Gorilla Glass in the presentation, so we will need to check up on that. 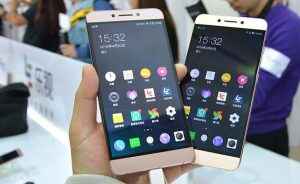 Both smartphones run Android 6.0 Marshmallow OS and comes with LeEco’s eUI. The skin seen on the new handsets is markedly different from what we have seen on the recent Indian phones, thanks to the LeEco content layer that now sits atop it.

Another feature that LeEco talked about was having multiple camera angle views for sports events in a similar 3×3 layout. These features were announced at the India launch event, although LeEco has already announced its partnership with content providers such as YuppTV and ErosNow in the past.

The user interface does not seem to have much bloatware apart from the bouquet of LeEco apps. The notifications drop down menu is divided into two tabs for quick notifications and settings. It does not look drastically different from its predecessors.

The Le 2 comes with a Qualcomm Snapdragon 652 octa-core processor clocked at 1.8 GHz. The device comes with 3 GB RAM and 32 GB storage. The flagship Le Max 2 sports a Qualcomm Snapdragon 820 chipset which has four Kyro cores clocked at 2.15 GHz along with Adreno 530 GPU. The Le Max 2 comes with a 4 GB RAM/32 GB internal storage variant and a 6 GB RAM with 64 GB internal storage variant. None of the phones come with expandable storage. 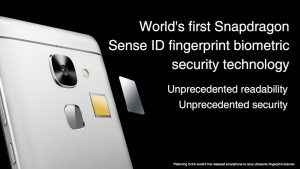 We did not notice any major lag or slowdown with any of the three phones. But we will still need to test it in real life to get a hang of how these phones perform. Plus considering all the phones have a metal body, equally important will be how they are able to manage the heat. 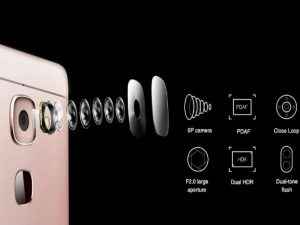 The camera user interface is similar to the one seen on the Le 1s and the Le Max. Both devices sports the PDAF (phase-detect auto-focus) feature for quick focusing and the Le Max 2 also comes with OIS (optical image stabilization). The image and video quality capture on both the smartphones is sharp and clear. Also the auto focus too works quickly.

Now, when we talk about the mid-ranged smartphones, LeEco has to compete with the likes of many other mid-ranged Smartphone Manufacturer companies like, Lenovo, Motorola, Samsung, HTC etc.

Both LeEco Le 2 and Le Max 2 have been aggressively priced for the Indian market, something which LeEco is known for.  Its first generation Le 1s did quite well, and LeEco will be looking at repeating that with the Le 2. However, unlike last year, the smartphone has many competitors in terms of mid-ranged smartphones this year like Moto G4 Plus, Lenovo Zuk 1, Zuk 2, Samsung Galaxy S3, S5 etc.

Also, the lack of 3.5 mm audio jack will not go down well with a lot of uses who are very particular about their audio and are heavily invested in multiple earphones / headphones for different listening experiences. The fact that you have to buy the USB Type C earbuds separately will surely effect the mindset of a lots of potential buyers.

The Techgadgetguides is a participant in the Amazon Services LLC Associates Program, an affiliate advertising program designed to provide a means for sites to earn advertising fees by advertising and linking to Amazon.com Inc.

How To Get Latest Tech News ? Like @Technical Guruji @Trakin Tech

Rumor: Nintendo is terminating submissions for new Wii U and 3DS eShop games