HTC One M10, the smartphone launched by the Taiwanese Giants HTC has turned out to be a great turnover for the company and for those people who are committed with the HTC Brand. After going through a lot of ups and downs for last few months, HTC has made a smartphone that surpasses all the odds in its way.

HTC One M10 is a solid and one of the most powerful device that is currently retailing worldwide. The reason behind is it’s all new metallic design that somewhat resembles Apple I phone, all new high-resolution display, sleek size and a powerful processor that enhances the performance of the device with blistering speed. 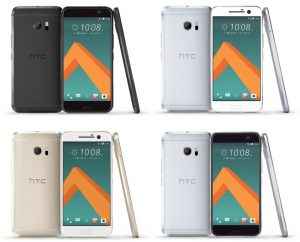 The device is equipped with 4 GB Ram and 32GB/64GB optional inbuilt memory option that runs on Android 6.0.1 Marshmallow OS. 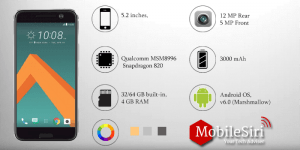 HTC 10 provides many new features as compared to previous devices launched by the company. The device supports Type C 1.0 reversible connector and comes with Finger Print Sensor. The device also includes high-resolution earphones. With these new features, the device is priced between $699 – $799 as per the availability and variants.

There are other smartphones that compete with HTC 10 regarding the specifications and price. However, The HTC 10 is a device that is good to compete to be the best of them.