Gaming headsets are known to be more expensive than regular, everyday headphones. Some cost $100, while the more expensive ones cost $200 or more. But there are also some Best Budget Gaming Headsets on the market. These are the products with more affordable prices in exchange for fewer functions and lower quality. In this guide, we’ll mention the best budget gaming headsets on the market, including a product that does not, at first sight, resemble a gaming headset. All products listed here are available for $50 or less, with our best budget choice for less than $30.

Here are the Best Budget Gaming Headsets, arranged according to the audio quality, built design, and price ratio: 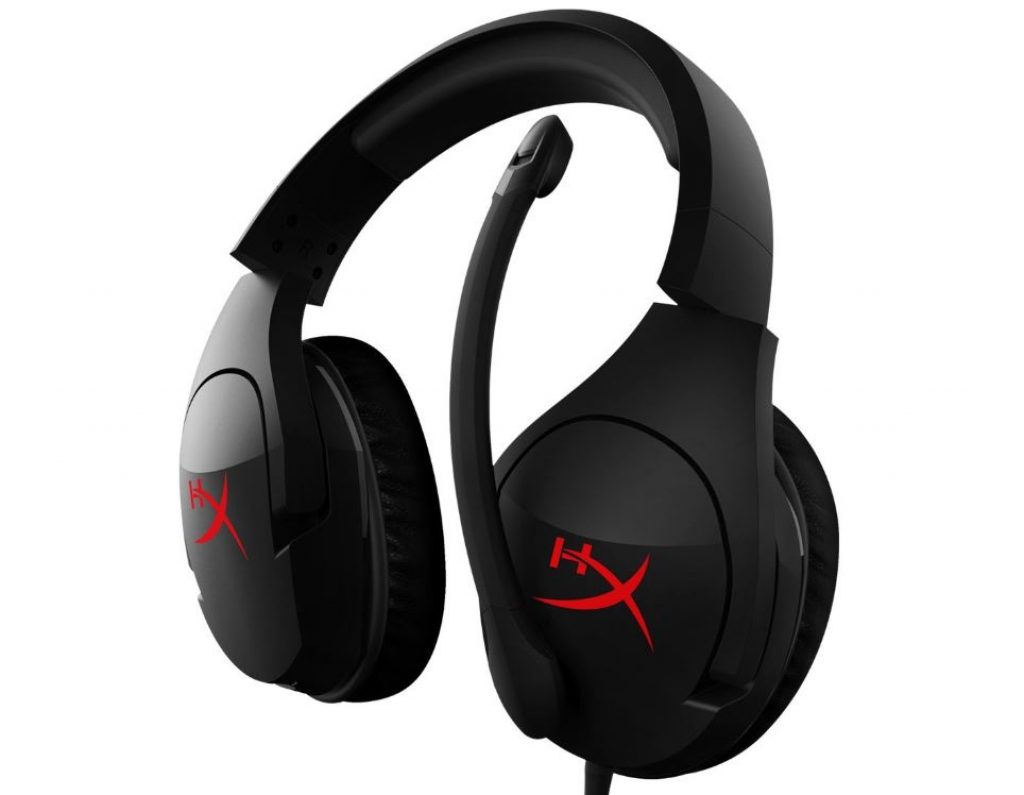 The HyperX Cloud Stinger is one of the most popular and best budget gaming headsets on the market. It is an over-the-ear headset with a minimalist design, where manufacturer Kingston naturally gives priority to the function over luxury cosmetics. The Stinger is made of plastic, which contributes to its ultra-lightweight design. It has large, rotating ear cups that can be moved all the way to a flat position, making it easy to store. The earcups are large enough to completely cover your ears and help to dampen background noise.

The Stinger is extremely comfortable to wear, where the memory foam earpads work with the adjustable steel slide to ensure that it never feels like a hard clamp on the head during long game sessions. This gaming headset comes with audio buttons on the head. The volume control is located under the right earcup, making it easily accessible during the game. On the other cup, the Stinger has a noise-canceling microphone. It has a turn-to-mute function. Simply turn it in an upward position parallel to the headband and it switches off. However, it cannot be removed from the earcup.

Compatible with multiple platforms, including PS4 and Xbox One, the Stinger has well-balanced sound quality, with clear details and the right bass level for an immersive experience in various games, including first-person shooters and expansive open-world games. Although not in the same gaming microphone, the built-in microphone can get the job done. Overall, this is one of the best budget gaming headsets to buy right now. 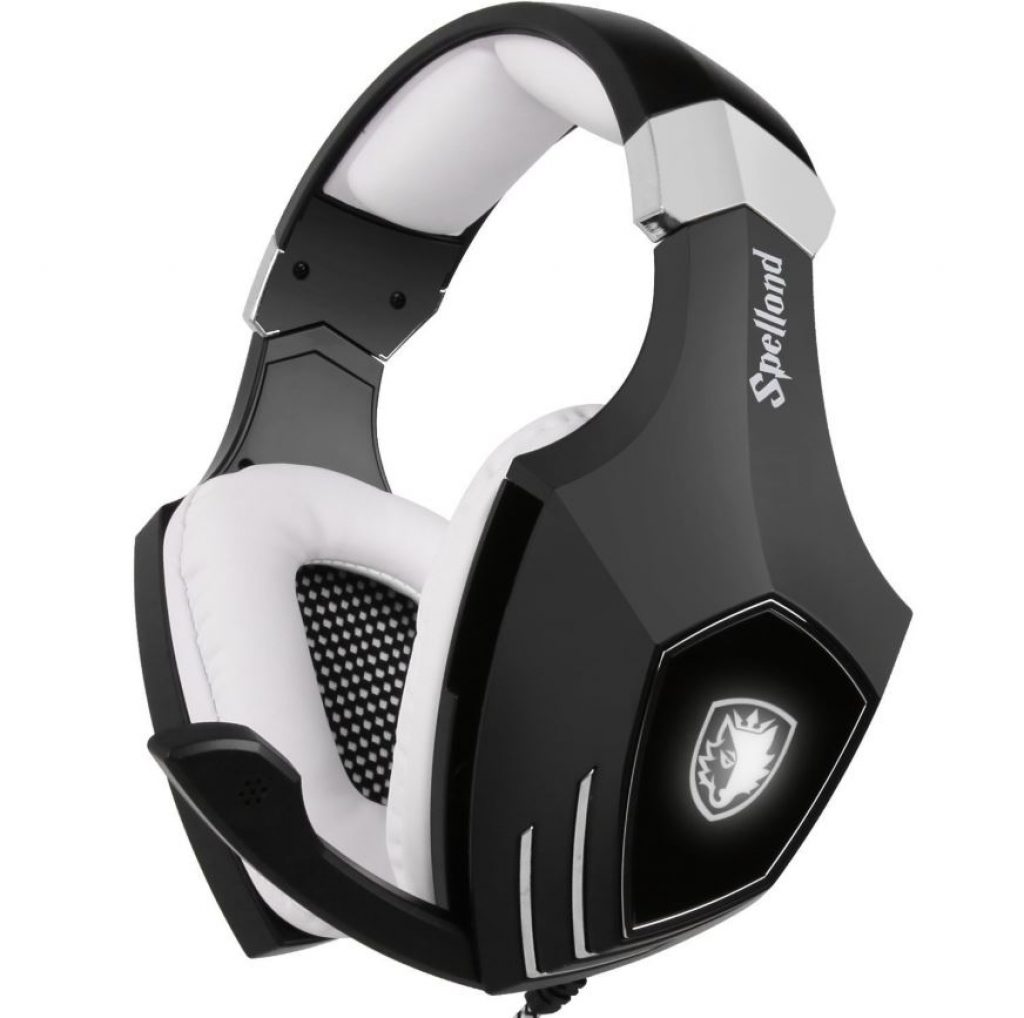 In appearance, the Sades A60/OMG is the opposite of the HyperX Cloud Stinger. It is a $30 gaming headset that can probably be issued as a $100 gaming headset, with a striking design complete with LED lights on the earcups. But the A60/OMG is not just about looks; it also provides real value for the table. The A60/OMG is an over-the-ear gaming headset with large ear foam earbuds that can easily cover your ears. It has a padded headband for extra comfort. The large ear cups keep background noise to a minimum, so you can concentrate on games, especially games that require quick responses.

Compared to the Stinger, this gaming headset is on the heavy side. It may feel a bit uncomfortable after approximately six hours of non-stop use. The omnidirectional microphone is located on the left ear cup. Although it cannot be removed, it can be retracted into the ear cup when it is not being used. The microphone quality is good but not great. It is clear and can easily record whispers, but at the same time, it lacks a noise reduction function. When it comes to sound quality, the A60/OMG is good for its price. 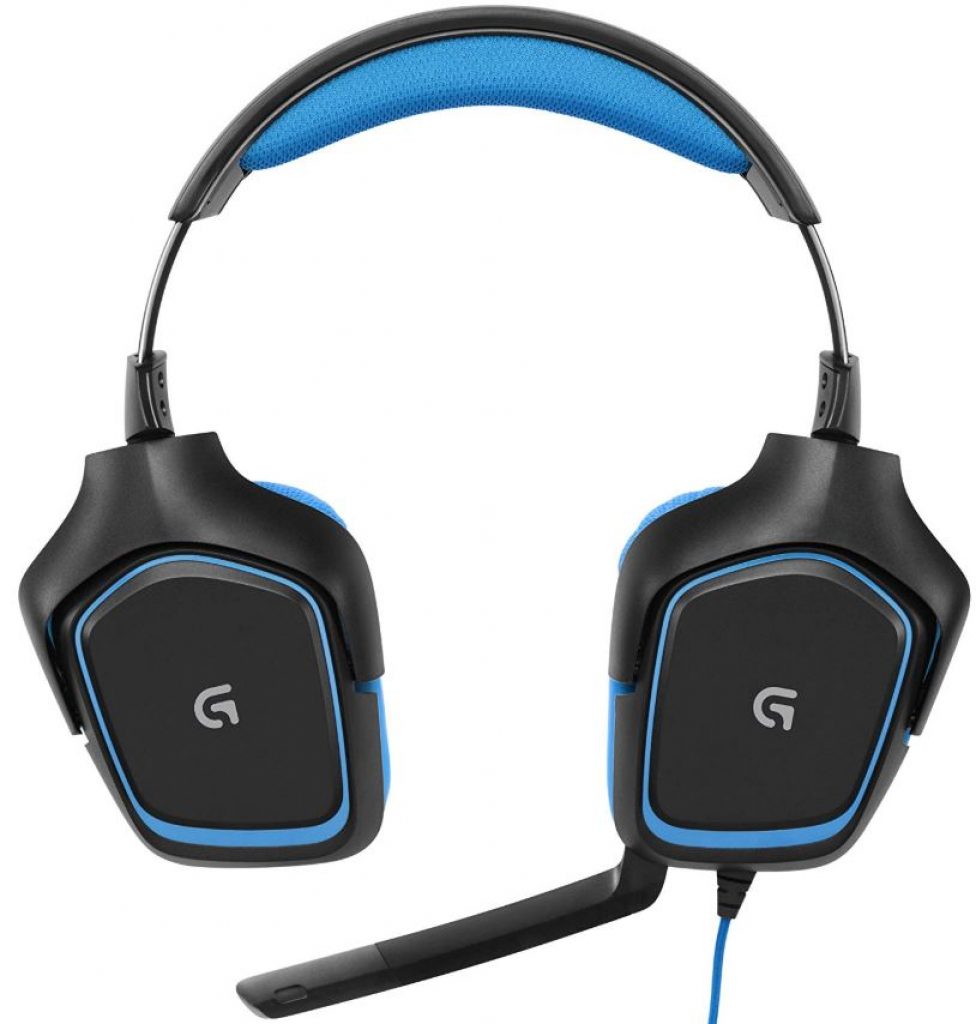 Logitech is one of the most famous brands in the field of gaming accessories and produces a wide range of products for both casual and hardcore gamers. If you spend a lot of time watching gamers on YouTube or Twitch, chances are you have seen the Logitech G430 at least once. It is an affordable gaming headset that most gamers can easily recognize at a glance, thanks to its distinctive design. It is also remarkable that one of the few budget gaming headsets offers a virtual surround sound option that actually works.

An over-the-ear gaming headset, the G430 comes with a pair of large ear cups held together by a padded headband. The ear cups can rotate in a flat position, making it easy to store the headset for transport. The earcups feature a breathable pair of cushions that can be removed for cleaning. The G430 has a noise-canceling microphone, which translates into a better communication line between you and your teammates in multiplayer games. However, the microphone cannot be removed, but it can fold out of the way when it is not in use.

Top 10 Best Gaming Headsets For PS4 In The World

Just like the HyperX Cloud Stinger, the G430 has a lightweight frame, making it less stressful during marathon game sessions. But on the other hand, the G430 has a rather thin construction, the main reason that the Stinger is considered the better option, despite the lack of a virtual surround sound option. In particular, the area that connects the earcups and the headband is prone to tearing, as noted by various users.

The sound experience of the G430 is really good. It has the right amount of bass. But with the virtual surround sound option, accessible via the included USB dongle, the sound quality changes from really good to great. The advertised immersive sound experience is true. Such things make it one of the best budget gaming headsets to buy right now. 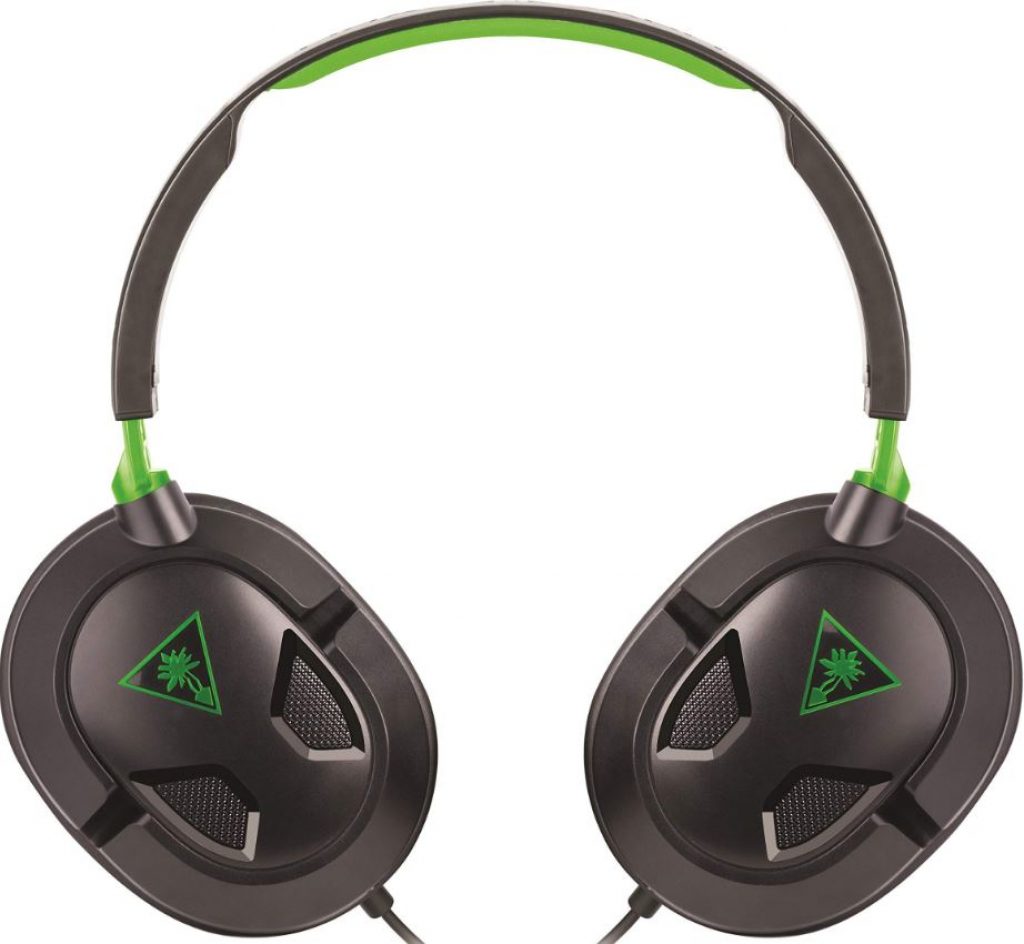 Turtle Beach is a popular gaming headset brand with an extensive range of products ranging from budget to high end. The Turtle Beach Ear Force Recon 50 belongs to the first category. It is a gaming headset that is available in three colors: red for PC, blue for PS4 and green for Xbox One. Of the three, the Ear Force Recon 50X, or the Xbox One model, is often the cheapest on Amazon.

The Ear Force Recon 50X is an over-the-ear gaming headset with a simple but effective design. It has a pair of large ear cups with synthetic leather cushions. The earcups are large enough to cover most ear sizes, which translates into a passive noise reduction that adjusts background noise, allowing you to concentrate on the game. Although the headband filling is not that generous, the overall design of the Ear Force Recon 50X is comfortable, making it a good companion during extended game sessions.

Unlike our top three products here, the Ear Force Recon 50X has a gooseneck microphone design that is a lot more flexible. In addition, the microphone can be removed from the socket, but there is no option to move the microphone location from the left ear shell to the right, which may be negative for some people. Built-in microphones on cheap gaming headsets are often below standard, but in this case, the microphone is actually good. It has a crystal clear quality, which leads to better team chats.

The Ear Force Recon 50X is built for gaming. It has good sound quality for gaming but lacks juice for watching movies and listening to music. It has a balanced bass and clear mid and low tones. The audio controls can be found on the cable. Unfortunately, there is no way to adjust the game and chat volumes individually. If you want to decrease the chat volume, the game volume will decrease. Still, this is one of the best budget gaming headsets on the market. 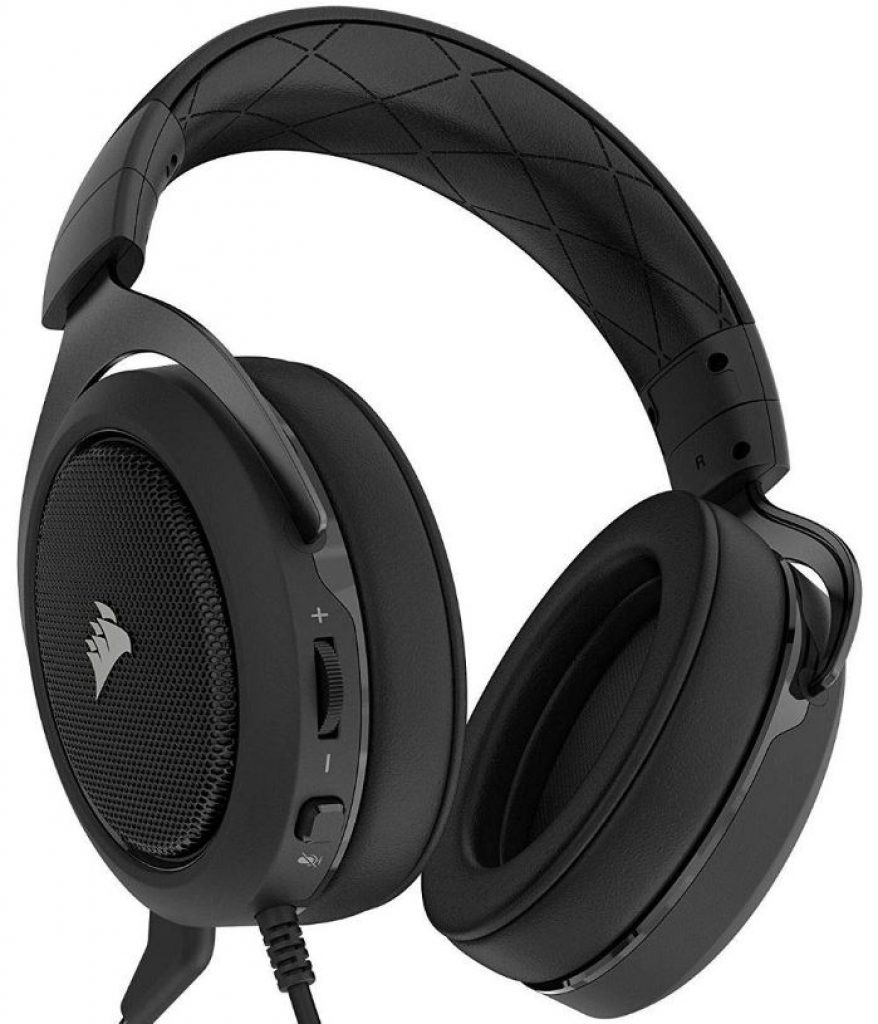 The Corsair HS50 is a gaming headset that does not look. It has an all-business design, making it an excellent fit for both gaming and daily outdoor use. The HS50 is an over-the-ear headset housed in a well-built durable frame and is one of the best budget gaming headsets. It is not as thin as most plastic gaming headsets on the market. It has a pair of large ear cups with firm but comfortable pillows. But while the earcups feel good on the ears, the pillows are not the most breathable, which leads to sweaty ears in the long run.

Just like the Turtle Beach Ear Force Recon 50X, the HS50 has a flexible microphone on the left earcup. However, it is a bit short, so it rests on your cheek. If you do not intend to use it, you can simply remove it from the earcup. Behind the left earcup is a series of audio controls, including a mute button. The volume wheel is easily accessible, although some people may find the location awkward. The HS50 comes with a long cable that ends with a jack of 3.5 millimeters.

Corsair has opted for a non-braided cable for this gaming headset, so the cable is not the most durable. Be sure to secure the long cable with a clip or something to reduce your chances of a tangled cable. The sound quality of the HS50 is good but not great. It has a spicy bass and decent midtones and heights. However, it can be very loud, which can be a good thing or a bad thing – it depends on your preferences. It is not surprising that the microphone quality is pretty average. It has a noise-canceling function that keeps communication lines free of background noise but is sometimes too sensitive. 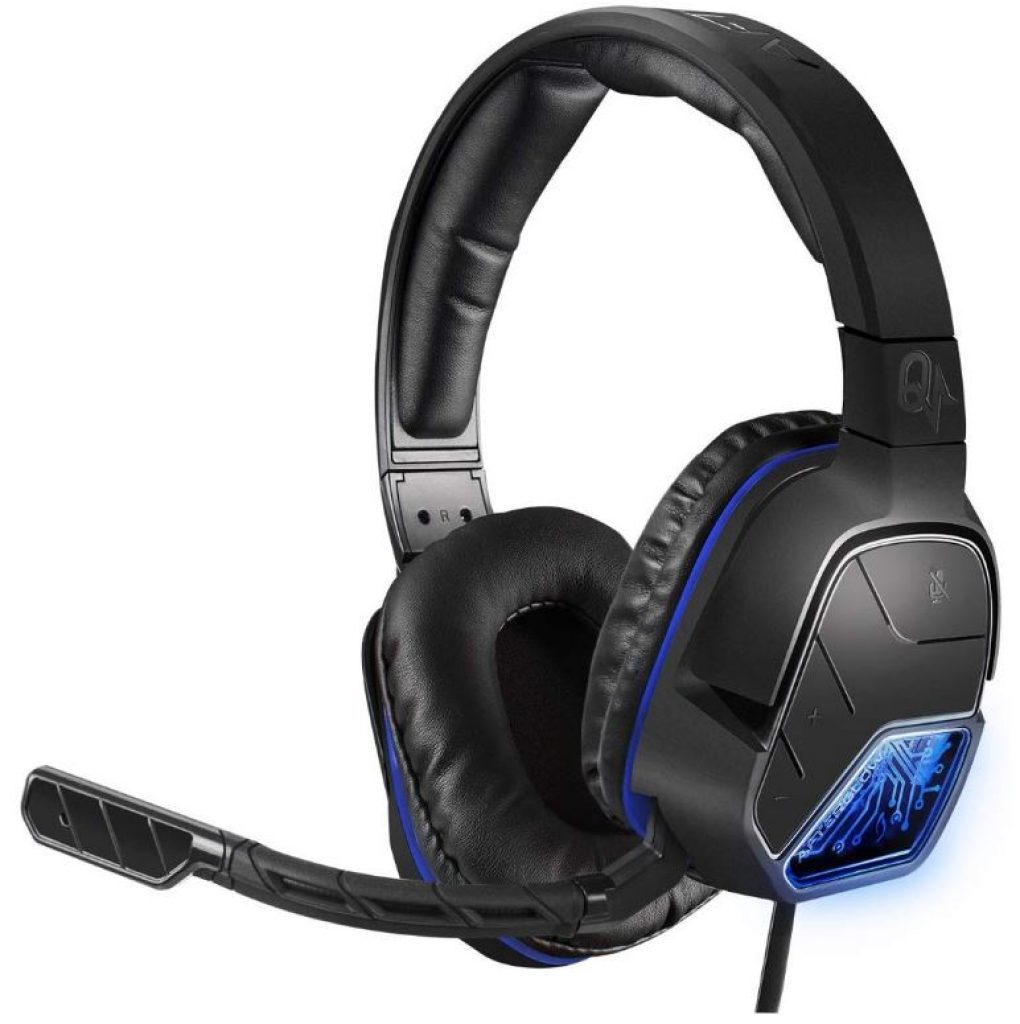 In design, the PDP Afterglow LVL 5+ is in the same boat as the Sades A60 / OMG. It has that unmistakable flashy look that immediately tells you that it is a gaming headset. The Afterglow LVL 5+ is supplied in blue or green, with each color representing the PS4 and Xbox One respectively. Other than the color, there are no other significant differences between them. The Afterglow LVL 5+ is an over-the-ear gaming headset with a larger frame than most of the products mentioned here. It is also on the heavy side, although the batteries that power the LED lights on the ear cups contribute to the total weight. With the batteries removed, it becomes lighter.

This gaming headset comes with generous padding on both the ear cups and headband, making it comfortable to wear for long distances. But it is clear that PDP designed the Afterglow LVL 5+ with children and teenagers in mind. The earcups are slightly smaller than normal and may have problems covering large ears, which may affect their passive noise reduction function. The flexible microphone is located on the left ear cup. It has a noise reduction which ensures that your voice is delivered in crystal clear quality to your teammates.

Although the microphone is not removable, it can easily be turned away when not in use. The audio controls are also located on the left earcup. On the positive side, the location and size of the audio buttons ensure that they are easily accessible in mid-game. But on the negative side, the buttons can be difficult to push at the beginning – a volume slider or wheel is the more suitable choice for up-side control. Overall, this is one of the best budget gaming headsets right now.

Do you need one of the Best Budget Gaming Headsets and don’t want to spend all your hard-earned money? We don’t blame you. Headsets can be extremely expensive – and if you are unlucky – you break quickly. Instead of putting on a headset this holiday season, spend some time reading through our guide to the best headset deals – a collection of the best savings from the best retailers on the internet. Below you will find a selection of our favorite and best budget gaming headsets – both wired and wireless – at a number of price points.

Tech News: Galaxy S20 sales get off to a very slow start, but Samsung shouldn't panic just yet