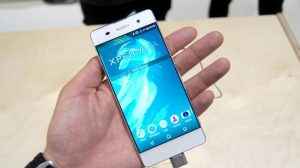 With the launch, Sony now sells two of the four Xperia X series phones in India – one a flagship Xperia X dual SIM (Rs. 48,990) and another Xperia XA dual SIM (Rs. 20,990). The other two models— Xperia X Performance, a top-end model with Snapdragon 820, and the camera-centric phablet Xperia XA Ultra are yet to be made available in the country.