After the success of its super-slim XPS 13, Dell launched the same laptop in 15-inch variant and this formula worked very well for the company. Dell XPS 15 features an aluminium and carbon-fiber designed body that was introduced on XPS 13. The laptop includes UHD screen and Nvidia 960M graphic card. The price of Dell XPS 15 starts from US $999 (approx Rs 65,000) and goes up to $1,600 (Rs 1,04,150). 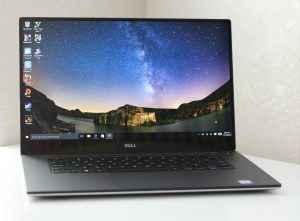 The design of Dell XPS 15 is similar to that of XPS 13. The lid and the bottom of the laptop are made of smooth brushed aluminium and the interior features a light and durable carbon-fiber deck coated with a subtle soft-touch finish. 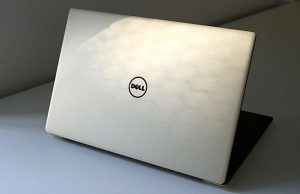 The XPS 15 provides enough room for three USB 3.0 ports (including one Type-C port with speedy Thunderbolt 3 support), HDMI, an SD card reader and a headset jack. The larger 15-inch size also means there’s more room on the inside for an optional Nvidia GTX 960M GPU for those who need it. 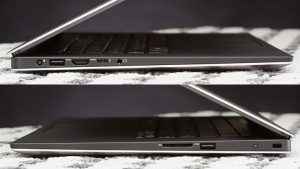 The space savings become apparent when you compare the XPS 15 to some of its competition, including the 2015 15-inch MacBook Pro, the Asus ZenBook Pro UX 501 and the Toshiba Satellite Radius P55. Measuring 14.06 x 9.27 x 0.66 inches at its thickest and weighing 4.4 pounds, the XPS 15 is thinner and lighter than all of them.

The Dell XPS features a 15.6-inch UHD display. On the plus side, the UHD XPS 15’s sRGB color range of 191.4 percent (131.9 percent of Adobe RGB) is one of the highest marks we’ve ever seen. The 3840 x 2160 resolution means video editors can watch 4K videos at their native res without needing a separate display. 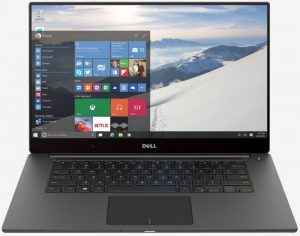 However, the display of XPS 15 face difficulties in color balance as the pictures and videos looked a little off. For most people, this might not be a big deal, but on a system like the UHD XPS 15, which would be an ideal machine for photo or video editors, it means you can’t trust the colors you see on-screen.

The XPS 15’s display offers 285 nits of brightness for the UHD model, and an even much brighter 382.2 nits for the non-touch 1080 p model. Both versions featured spot-on color accuracy that netted a Delta-E rating of 0.7 (Numbers closer to zero are best).

Asus UX501 also has a UHD display offers 258 nits of brightness and Delta-E of 1.4 couldn’t match the XPS 15’s stats. Toshiba’s P55 was even further behind with brightness that measured only 217 nits, although its 1.1 Delta-E was pretty good.

The XPS 15 features a spacious keyboard with bright back-lighting, although its 1.39 mm travel distance is a little shallow. Keys on XPS 15 requires 60-gram actuation weight which provides enough assistance while typing. 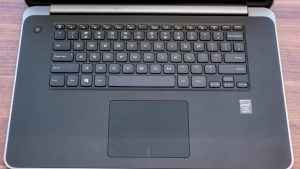 Dell XPS 15 features an increased 4 * 3-inch touch-pad. There’s tons of room to move around, and moving from one corner of the screen to the other was a breeze. However, the movement of mouse, the left and right clicks are a bit snappy.

The Dell XPS 15 is powered by an Intel Core i7-6700HQ CPU that features 16 GB RAM and 512 GB NVMe (non-volatile memory express) storage and Nvidia 960M GPU. These specs make XPS 15 a speedy work house that can handle multiple tasks with an ease.

However, the SSD on the 1080p version of the XPS 15 was faster than the UHD version, at 339.2 Mbps, but still slower than both the Apple and the Asus.

The XPS 15 features Nvidia GeForce GTX 960M GPU. With this GPU, you get a machine with 2 GB of video RAM that’s capable of editing photos and videos quickly. You’ll even be able to do some pretty serious gaming too.

Depending on the screen, battery life on XPS 15 varies from pretty good to great. As per the Laptop Mag’s Battery Test (continuous Web surfing over Wi-Fi at 100 nits of brightness), the UHD model lasted just 6 hours and 35 minutes, while the 1080p model lasted for 10 hours and 26 minutes. Asus’ UX 501 was unimpressive at 4:25 hours and the Toshiba P55 wasn’t much better at 4:52 hours. At 9:02 hours, Apple’s MacBook Pro was 1.5 hours short of the 1080p model’s run-time, but 2.5 hours better than the UHD version.

The XPS 15 is a high-end 15-inch laptop that looks to be a lot of things to a lot of people, and on almost every front, it succeeds with flying colors. Specially the 1080p model is much appreciated for its over 10 hours of battery life, strong performance, solid build and good looks.

However, the MacBook pro has much accurate display and is still a better choice for professional graphics work, though if you want the best 15-inch Windows Laptop, the XPS 15 should be at the top of your list.