For those who think even a 13-inch ultrabook is too big to carry with them at different places, 11-inch MacBook Air, the least expensive and (nearly) smallest model in Apple’s lineup, could be what those users are looking for. Though it weighs less than 2.5 pounds, the 11-inch is powered by Intel’s 5th Gen core i5 processor and the faster flash storage. The 11-inch MacBook Air can give you 9 hours of backup on a full charge. 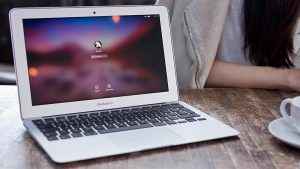 Here is our review on the 11-inch MacBook Air.

Like the larger, 13-inch model, the design of the 11-inch MacBook Air has remained the same for several years now. There’s nothing wrong with it — it’s spawned countless imitators — but given that the 12-inch MacBook is at least available in a few colors, we’d like to see the Air’s design updated. 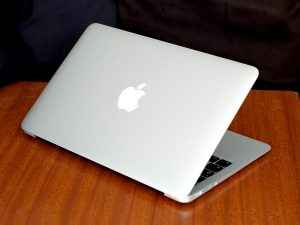 The MacBook Air has has two USB 3.0 ports, one Thunderbolt 2 port and one headphone jack. The XPS 13 has an SD card slot, which the Air lacks but that’s still much more than the 12-inch MacBook, which has just one USB-C port.

The MacBook Air’s backlit keyboard remains as excellent ever. We much prefer it to the ultra-shallow keys on the 12- inch MacBook’s keyboard that hardly gives you feel of typing on a keyboard instead you feel as if you are typing on a touch-pad. Air’s keyboard is much comfortable for typing long documents. 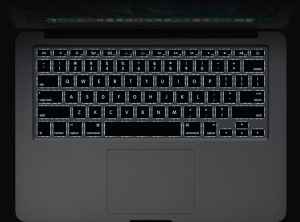 However, unlike the 12-inch MacBook and MacBook Pros, the Air does not have Apple’s new Force-Pad, so you can’t deep-press to look up something on the webpage. Nut that hardly matters as the Air’s glass touch-pad executed every gesture and swipe smoothly and accurately.

The MacBook Air’s 11.6-inch display comes with a resolution of 1366 * 768 pixels. For an 11-inch display, this resolution works very fine. However, if you’re opting for a larger display, you deserve more pixels. 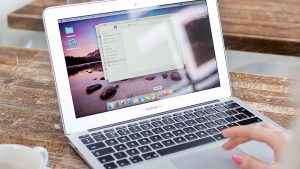 As per the Laptop Mag, the integrated Intel 6000 Series graphics in the Air were able to power World of Warcraft to a just-playable 32 frames per second, with the resolution at 1366 * 768, and with effects set to Good. While that’s better than the MacBook (27 fps), it’s well below the XPS 13 and X250, which managed 41 and 42 fps, respectively, at the same settings.

The 11-inch MacBook Air is powered by a 1.6-GHz Intel Core i5-5250U processor that comes with 4 GB RAM and 128 GB flash storage, the same as in the base model of 13-inch Air, and more powerful than the Core M processor in the 12-inch MacBook. 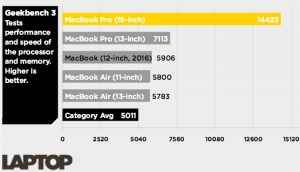 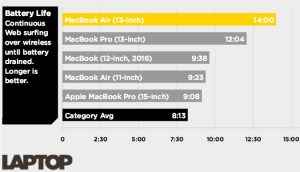 Apple’s 12-inch MacBook gets more attention due to its high-res display, but the 11-inch Air is a more practical solution for students and those who want a highly portable notebook. Its performance, keyboard and battery life hit all the right notes for a sub-3-pound ultra-portable.

As much as we like the 11-inch Air, for the same $899 you can get the Dell XPS 13, which has a larger and crisper screen in a similarly sized body, and much longer battery life. But if you prefer using a Mac, the 11-inch Air is a good value.

A critical warning has been sent to Apple’s 1.65 billion iPad. iPhone, and MacBook users