Earlier, we told you about the Xiaomi’s upcoming smartphone, the Xiaomi Redmi 4. The smartphone was recently spotted online on the Chinese certification website, TENAA. Now, as per the recent reports, Xiaomi is all set to launch the Redmi 4 smartphone on November 4. The Redmi 4 is said to be the successor of the Redmi 3 smartphone that was launched earlier this year and came in three variants, the Redmi 3s, Redmi 3s Prime and Redmi Pro.

As reported by Weibo, Xiaomi’s Redmi channel showcased a teaser image alongside launch event details. The Redmi 4 smartphone will be launched at 7pm CST (4:30pm IST) on November 4, and the event will be live streamed. Along with the Remi 4, a cheaper Redmi 4A smartphone is also expected to be launched by the company. 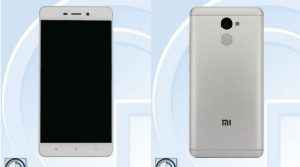 Now, as for the specifications, the Redmi 4 smartphone will feature a 5-inch Full-HD (1080p) LCD display which will be powered by a 1.4 GHz octa-core Qualcomm Snapdragon 625 processor. The smartphone will come with 3 GB RAM and 32 GB internal storage that can be further expanded up to 128 GB via micro-SD card.

The smartphone features a 13 mega-pixel rear camera with dual LED flash, along with a 5 mega-pixel front camera. The smartphone will be backed by a 4,100mAh battery and will be running on MIUI (probably MIUI 8) based on Android 6.0 Marshmallow. Redmi 4 will be available in two colours – Grey, Silver, and Gold and is expected to be priced at CNY 1300 (approx US $191 or INR 12,800), which is almost double the cost of the Redmi 3.

As for the Redmi 4A, the smartphone is expected to come a 5-inch HD (720p) LCD panel. It is expected to be run on a 1.4GHz quad-core Snapdragon 425 chipset, 2 GB RAM, 16 GB internal storage that’s expandable via microSD card. It also bears a 13 mega-pixel rear camera and a 5 mega-pixel front camera, and is said to measure 139.9 x 70.4 x 8.5 mm and weigh 140 grams. The smartphone will be backed by a 3,030mAh battery and will come in Rose Gold and Gold color variants.

Asus Zenfone 3 Max smartphone to be launch in India on November 9: Price and Specifications