Xiaomi has officially launched the new Redmi series smartphone, the Redmi 3S Prime in India. The smartphone is priced at INR 8,999 and is now available for sale on Flipkart and the company’s official website, Mi.com. The Redmi 3S is said to be slightly upgraded version of the Xiaomi Redmi 3S.

The Xiaomi Redmi 3S Prime features a 5-inch HD (720p resolution) IPS display which is powered by Qualcomm Snapdragon 430 octa-core (four cores at 1.1 GHz, four cores at 1.4 GHz) processor that comes with 3 GB RAM and 32 GB internal storage that can be expanded up to 128 GB via micro-SD card. The device also features Adreno 505 GPU and runs on MIUI 7.5 based on Android 6.0 Marshmallow OS. 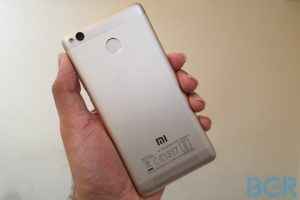 HP launched its new Powerup Backpack that can charge your smartphones, tablets and laptops on the go: Price and Specifications