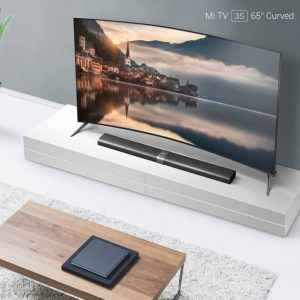 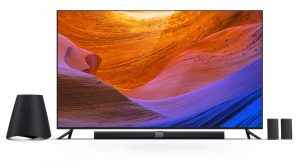 Xiaomi claims that the Mi TV 3S is 9.9 mm at its thinnest point, and 37.6 mm at its thickest. It features an anodized aluminium alloy frame, which the company says bears an embossed double 45-degree diamond cut. It bears a brushed aluminium back panel, evidently beautifying it for those rare occasions where the television will be viewed from behind.

The 65-inch variant features a Samsung display panel that comes with 4K (3840 x 2160 pixels) resolution and NTSC 85 percent colour gamut. The 55-inch variant features a LG IPS display panel with the same 4K resolution. Both the TVs are powered by a 64-bit Amlogic T966 processor (four Cortex-A53 cores clocked at 1.8 GHz) and a quad-core Mali-T830 GPU. Both the Smart TVs comes with 2 GB RAM, and 8 GB internal eMMC storage. 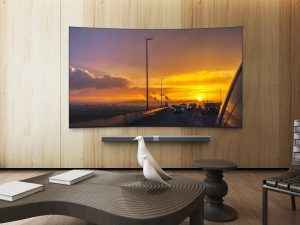 Xiaomi Mi TV 3S includes a Wi-Fi 802.11ac and Bluetooth v4.0 connectivity. It can display 4K content at 60 fps with the H.265 hardware decoder to which Xiaomi says the television is powered by its fifth generation image quality engine, supports HDR, and the OpenGL 3.1 standard. There are four speakers for the standard independent sound system including a sound bar, while the company is also touting Dolby and DTS hardware-level decoding. The Mi TV 3S Home Theatre Edition bears two 2.25-inch rear surround speakers, a sound bar, and a sub-woofer.