Xiaomi’s upcoming smartphone, the Xiaomi Mi Note 2 is said to be one of the most anticipated upcoming smartphone, because of its dual-curved edge display, just like the Samsung’s Galaxy Note 7. Mi Note 2 is expected to ship in both regular (flat screen) and curved display variants, while a couple of different models will be available as well (different internal storage and RAM). The Mi Note 2 was certified by the 3C authority in China last month.

Now, as per the recent reports, a new image have been leaked online that confirms the dual rear-camera setup on the Mi Note 2. The image leaked does look like an official teaser and the position of sensors is similar to that of the iPhone 7 Plus. The Mi Note 2 is also expected to be launch as Xiaomi MI Pro, as mentioned earlier. 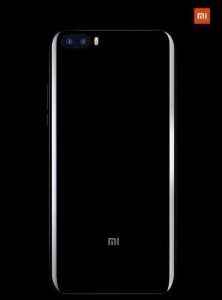 Talking about the specifications of the smartphone, the Mi Note 2 is likely to feature a 5.5-inch OLED display with both Full-HD (1080p) and Quad-HD (1440p) variants. The Smartphone is expected to come in two variants, one with Full-HD regular display will feature 4 GB RAM/ 64 GB internal storage, while the one with Quad-HD curved display will features 6 GB RAM and 128 GB internal storage.

Both the smartphones will be powered by Qualcomm Snapdragon 821 64-bit quad-core processor and will run on Android 6.0 Marshmallow OS. The 64 GB internal storage model is expected to have a 16 mega-pixel rear camera, while the other 128 GB variant is expected to house dual 13 mega-pixel rear cameras. Both the variants will also come with 8 mega-pixel front shooter. The devices will be backed with a 3,700 mAh battery.

The smartphone is expected to be launch either this month or next month. Stay connected for the further updates.