As per the reports, the Xiaomi Mi 5s is expected to come with a 5.15-inch display with Force-Touch features. The smartphone is said to be powered by Qualcomm’s latest quad-core Snapdragon 821 SoC clocked at 2.4 GHz and Adreno 530 GPU. The Smartphone will come with 6 GB LPDDR4 RAM that runs at a zippier clock speed of 1866 MHz, and 256 GB of UFS 2.0 internal storage. There are also leaks that says a version with 3 GB RAM and 64 GB internal storage, and a premium version with 4 GB RAM and 128 GB internal storage. 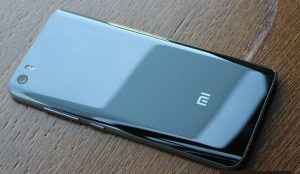 The smartphone will be equipped with a 16 mega-pixel rear camera with f/1.8 aperture and features 4 axis optical image stabilization (OIS) and phase detection auto-focus (PDAF). The device will be backed by a 3,490 mAh battery and will features Qualcomm’s fast charging 3.0. The smartphone will also features Type-C USB port and Qualcomm’s ultrasonic fingerprint scanner.