As confirmed earlier, Xiaomi has officially announced its first ever an much awaited laptop- the Mi Notebook Air. The laptop features an all metal body, thus targeting the Apple’s MacBook Air. The Chinese company launched two models, a 12.5-inch display variant priced at CNY 3,499 (approx US $530 or INR 35,300) and a 13.3-inch variant priced at CNY 4,999 (approx US $765 or INR 51,400). The company also launched the Xiaomi Redmi Pro at the same event. The laptops will be available in Silver and Gold color variants and will go on sale from August 2. 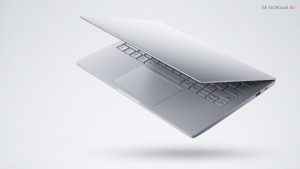 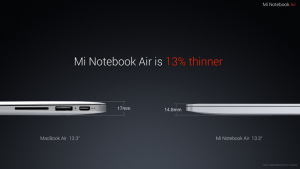 The 13.3-inch Mi Notebook Air is powered by a sixth generation Intel Core i5 processor that comes 8 GB DDR4 RAM and 256 GB PCIe SSD. The laptop also has Nvidia GeForce 940MX GPU with 1 GB GDDR5 VRAM. A second slot for an SSD drive is provided. Xiaomi is claiming a 9.5 hour battery life, with the battery said to charge 50 percent in just 30 mins.

As for the 12.5-inch Mi Notebook Air, it’s said to be 12.9 mm thin and weighs just 2.35 pounds (1.07 kg) which is thinner than the 12-inch MacBook‘s 13.1 mm thickness but heavier than the Apple laptop’s 2.02 pounds (0.92 kg) weight regardless the 12-inch MacBook comes with a smaller 12-inch display. Bearing a full-HD display, the laptop is powered by an Intel Core M3 processor that comes with 4 GB RAM and 128 GB SATA SSD alongside a second SSD slot. An 11.5-hour battery life is claimed by the company. 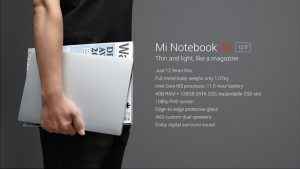 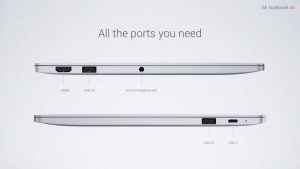 Now, Xiaomi is also touting the laminated display to reduce glare and edge-to-edge glass protection. Both the laptops have a full-sized keyboard with backlit keys and a 1.3 mm stroke depth, AKG dual speakers and Dolby Digital surround sound. Both Mi Notebook Air models also feature Mi Cloud Sync, letting users sync their phone contacts, messages, gallery, notes, and other data. Both also sport a HDMI port, two USB 3.0 ports, a USB Type-C port, Bluetooth v4.1 and a 3.5 mm headphone jack. There are no Ethernet port or optical drive on both the laptops.