Home » The upcoming Nexus 2016 Smartphones featuring Android 7.0 N OS rumored to be based on HTC 10
News

The upcoming Nexus 2016 Smartphones featuring Android 7.0 N OS rumored to be based on HTC 10

The Sailfish smartphone is rumored to be a revised edition of HTC 10. However, the Marlin smartphone is expected to be powered by the latest Qualcomm SoC Snapdragon 821 CPU as reported by Reddit. Rumors have it that the SD 821 is the successor of SD 820 that powers flagship smartphones like Galaxy S7, Galaxy S7 Edge, HTC 10, LG G5, Moto Z, Sony Xperia X Performance Xiaomi Mi 5 and OnePlus. This variant is expected to feature 6 GB RAM. 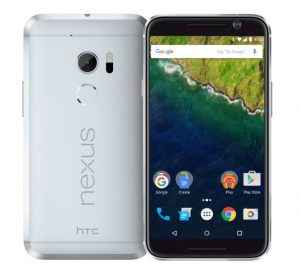 Other rumors claims that Snapdragon 821 chipset will be revised version of Snapdragon 820 SoC and the rumored Snapdragon 823 will be the next flagship SoC from Qualcomm. The SD 823 is speculated to be present under the hood of the upcoming Samsung Galaxy Note 7.

As per the International Business Times, rumors also suggests that one of the Nexus 2016 device will be manufactured by Huawei. Google had partnered with the Chinese firm in 2015 to launch the Nexus 6P that received positive reception from the critics and users. Huawei wants to build the popularity in western markets and Google aims to popularize Google Play Store and its other services in China. Hence, speculations are rife that both the company may partner once again this year to release a Nexus 2016 device.

The Google Nexus 2016 smartphones will come pre-loaded with Android N OS. Since the final version of Android N is expected to be available by August, Nexus 2016 release date is speculated to be scheduled in the same month.

Moto G4 launched in India at price tag of Rs 12,499: Availability and specifications

iPhone 7 to ditch 3.5 mm jack, however no other major changes for this years model