Samsung is all set to announce the Galaxy Note 7 officially on August 2 at the Samsung Unpacked event. The event will take place simultaneously in 3 locations: New York City at 11.00 AM, Rio de Janeiro Noon and London at 4.00  PM. You’ll be able to watch the live-stream at Samsung’s Newsroom site http://news.samsung.com/global/ 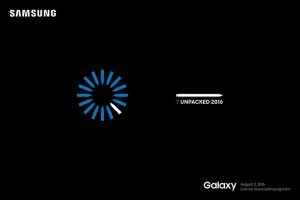 Regardless the actual specs of the Galaxy Note 7 that are to be revealed by the company on its launch event (August 2), rumors have suggested it will have a 5.8 inch dual-edged display like the Galaxy S7 edge, however, the Note 7 would not be available in a flat-screened variant.

Also, the previously leaked images of the device by Evan Blass reveals the front of the camera with three black circles. While two represent the front camera and the ambient light sensor, the third could be the Iris scanner that was earlier confirmed to be featured in Galaxy Note 7. The image presents the front and rear mug shots of the device in three different colors — Black Onyx Silver Titanium and Blue Coral. 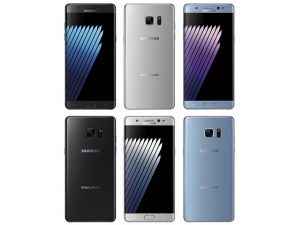