Sony’s upcoming smartphone Xperia F8331 reported to be named as Xperia XR: May launch at IFA 2016

After launching Xperia X and Xperia XA in their Xperia X lineup of smartphones, the company is all set to launch a new smartphone which is likely to join the Xperia X series. Though, the information is not confirmed by the company, but as per the sources, the earlier leaked Xperia F8331 will be officially named as Xperia XR.

Now, previous leaked images of the smartphone reveals the built quality of the smartphone which is quite different from the other Sony smartphones that we have seen so far. The display of the device is covered by a glass which is slightly covered to the sides. The images also reveals the front speakers which could the stereo speakers. 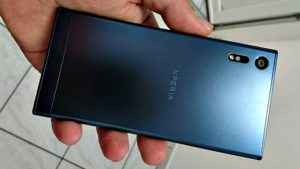 On the back of the device, the LED flash layout is quite noticeable. The device is rumored to come in all uni-metal body. There is also a USB Type-C at the bottom of the device and at the top, we can see a 3.5 mm headphone jack. Well. Also, the Xperia XR is said to be the first device from Sony to feature a USB Type-C.

On the side of the smartphone, we have the power button which could be the fingerprint scanner as it appears from the image. The device is reported to feature a 1080p display. The camera of the smartphone is said to be capable of recording at 4K resolution with both front and rear camera.

The pricing and availability of the Sony Xperia XR are yet unknown, though, it is expected to launch in the month of September at IFA 2016.