Samsung is increasing its Tizen ecosystem and has now a new Samsung Z4 smartphone launch with the OS. Dubbed as Samsung Z4, this smartphone links performance and essential features with a clear user experience.

Samsung has announced the Samsung Z4 smartphone operating the company’s personal Tizen 3.0 operating system. It’s an entry-level device that wears a 4.5-inch display screen (800 x 480 pixels) with 2.5D curved glass on a cover and is powered by an indefinite quad-core processor clocked at 1.5 GHz. The impressive part though is not the specification, but that it’s an Android challenger targeted at expanding markets.

The Samsung Z4 only has 1 GB RAM and comes equipped with a 5 MP primary camera with a f/2.2 opening & dual LED flash. The front-facing selfie camera also has a 5 MP with LED flash, which comes in handy when using selfies in low-light positions. The camera a few nifty features, as it provides you to take a photo by giving your palm and smiling. You can also use Auto Selfie feature catch an image with the help of facial recognition. 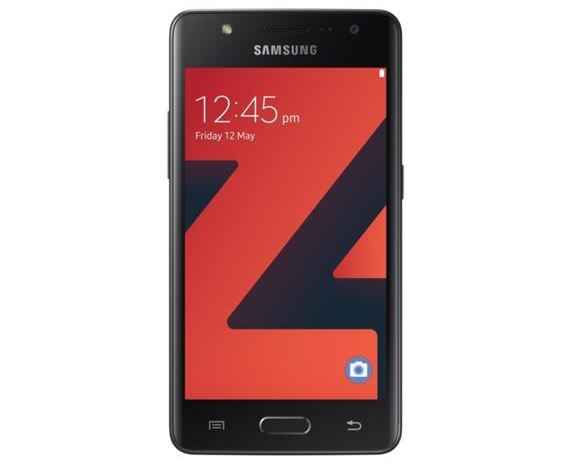 On an exciting feature by using different combinations of physical buttons or swiping the screen, users can create shortcuts to launch convenient features including the camera or Quick Switch without returning to the home screen. Quick Talk will start a set of shortcuts localised by region, such as Alarm, Call, or Music, simply through voice activated commands.

Starting from May, the Samsung Z4 Smartphone will likely be launched in select countries, starting in India and will probably be available in black, gold and silver colours depending on the market.

As you know, the vast majority of smartphones Samsung trades work Android. But the company has confirmed a time and again that it wants to decrease its reliance on Google, working on its own Tizen OS. Tizen is quite popular regarding smartwatches and has excelled Android Wear during the first quarter of the year regarding market share.