The South Korean Tech Giants, Samsung is all set to launch the much awaited and the most anticipated smartphone to be true, the Galaxy Note 7 in India on August 11. As reported, Samsung has started sending out media invites for what they are calling,” The Next Galaxy” smartphone. “Please join us as we unveil the Next Big Galaxy and see what it can do for you,” the Samsung invite says.

Galaxy Note 7 is the first Samsung smartphone to feature an Iris scanner, which is also the USP of the device. It is water and dust resistant as is the S Pen on the Note 7. Samsung Galaxy Note 7 has been launched with a host of new features. For starters, there’s fingerprint scanner for security and Samsung Cloud with up to 15 GB free space. Samsung has introduced a Secure Folder protected by the company’s Knox security. 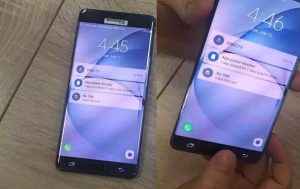 Samsung Galaxy Note 7 features a 5.7-inch Quad HD (2560 x 1440 pixels) dual edge Super AMOLED display. The device has IP68 rating, which tests submersion up to 5 feet for 30 minutes. Galaxy Note and is the first phone ever with Gorilla Glass 5 and also the first Galaxy phone with a USB-C port. The iris scanner isn’t quite as useful as the fingerprint sensor at this point, but offers interesting features within the Note 7’s system and has potential for the future.

The Galaxy Note 7 has been launched with Snapdragon 820 quad-core processor in the US, though it will come with a Exynos processor in India with 4 GB RAM and 64 GB internal storage which can be expanded up to 256 GB via micro-SD card. The device has a 12 mega-pixel primary and 5 mega-pixel secondary camera and is backed with a 3,500 mAh battery. Click “here” for complete specifications. 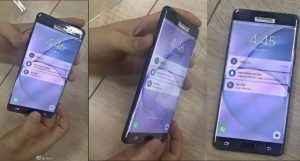 Samsung Galaxy Note 7 will land first in the United States, with August 3 as pre-order date ahead of general availability on August 19 — pricing is set around $850. In Europe, you’ll have to wait until August 16 to pre-order, with launch day coming on September 2. Canada doesn’t get a pre-order window, but the Note 7 will be available right on the same day as the U.S. — August 19. The Galaxy Note 7 will be launched in India on August 11 and the expected price is up to INR 65,000.