Samsung has officially launched its W2017 flip smartphone in China. Flip phones are actually a rare sight in the smartphone industry and with the dual-display clamshell, the W2017 is the successor to the Samsung’s W2016 smartphone that had a similar flip design design. The dual SIM phone is 4G LTE capable and weighs 208 grams.

Samsung W2017 is a dual-SIM smartphone that features a 4.2-inch FUll-HD Super AMOLED displays with Full-HD resolution (1920 x 1080 pixels). The smartphone is powered by a quad-core Snapdragon 820 SoC that comes with 4 GB RAM and 64 GB internal storage that can be further expanded up to 256 GB via micro-SD card. The smartphone will run on Android 6.0.1 Marshmallow OS out of the box. 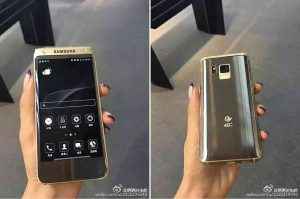 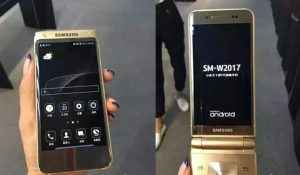 The smartphone features a 12 mega-pixel rear camera with f/1.9 aperture lens and ix capable of recording 4K video. The smartphone also comes with a 5 mega-pixel front camera for taking selfies. The W2017 is backed by a 2,300 mAh battery that supports fast charging. The device also has a rear mounted fingerprint scanner. Company has not yet disclosed any information regarding the price, but as per the reports, the phone might carry a price tag of CNY 20,000 (approx US $2960 or INR 1,97,700).

Just to recall, Samsung W2016 was launched last year and featured two 3.9-inch Super AMOLED displays with 1280 x 768 screen resolutions. The smartphone was powered by a 1.5 GHz octa-core processor with 3 GB RAM. It was backed by a 2,000mAh battery. The primary camera on the phone was 16 mega-pixel, with a 5 mega-pixel camera sensor on the front of the device.

Lenovo Phab 2 Pro is now available for sale in US: Price, Specifications and else things you need to know