Home » Samsung to launch Galaxy A9 Pro Globally including US and India very soon: Specifications and Price
News

Samsung to launch Galaxy A9 Pro Globally including US and India very soon: Specifications and Price 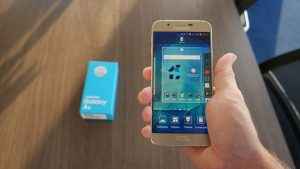 The Galaxy A9 Pro was launched in China earlier in March this year. Its launch outside China is imminent as it has received Bluetooth approval, Wi-Fi certification from the WiFi Alliance (WFA), and green signal from the FCC.

As per the International Business Times, according to TimesNews website, the Galaxy A9 Pro (2016) with model numbers SM-A910F and SM-A910F/DS have been cleared by the FCC, which means it could be released in the US soon. A Samsung device with SM-A910F has also been spotted on Zauba, a website that keeps track of imports and exports in India, for “R & D purpose and evaluation. The device has a price tag of Rs. 21,994 (around $325) on the website, however the actual price is expected to be higher.

As for the Specifications of Galaxy A9 Pro (2016), the device features a 6-inch full HD Super AMOLED display with 1080p resolution at pixel density of 367 ppi. The smartphone is powered a Qualcomm Snapdragon 652 processor clocked at 1.8 GHz that comes with 4 GB RAM and 32 GB internal storage that can be expanded up to 128 GB via micro-SD card. The device runs on Android 6.0.1 Marshmallow OS.

The Galaxy A9 Pro has a 16 mega-pixel rear camera with f/1.9 aperture, auto-focus, OIS (optical image stabilization) and LED flash. The device also has an 8 mega-pixel front camera for clicking selfies. The Galaxy A9 Pro is backed with a 5,000 mAh battery.