The Galaxy J2 2016 is considered to be as the upgraded version of Galaxy J2 that was launched earlier in 2015. The new Galaxy J2 features Turbo Speed Technology (TST), which enhances the performance of the device. The other feature is the Smart Glow feature consists of an LED ring around the rear camera which can be customized for priority notifications of any app or contact. While up to four alerts can be set, consumers can create and choose their own color for the Smart Glow. 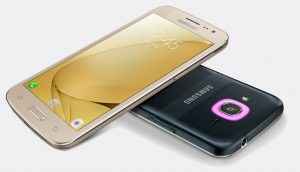 Coming to the specification front, the Galaxy J2 2016 is 4G enabled that comes with a 5-inch HD Super AMOLED display. The smartphone is powered by 1.5 GHz Quad Core processor that comes with 1.5 GB RAM and 8 GB internal storage that can be expanded up to 128 GB via a micro-SD card.

The device is backed with a 2,600 mAh battery. The Samsung Galaxy J2 2016 features an 8 mega-pixel front camera and a 5 mega-pixel rear camera. Both cameras have f/2.2 aperture. The Galaxy J2 2016 will be available in Black, Silver, and Gold colors.

The Galaxy J Max is designed for those who are looking for a complete entertainment experience on a mobile device. The Galaxy J Max offers a 7-inch WXGA display, with a resolution of 1280 * 800. The device is powered bu 1.5 GHz Quad Core Processor that comes with 1.5 GB RAM. The device also has 4G VoLTE support, a 4,000 mAh battery and up to 200 GB expandable memory. 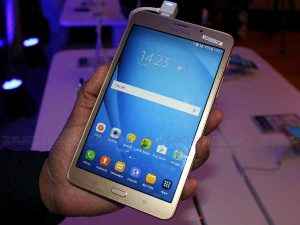