As reported earlier, Samsung’s upcoming smartphone, the Galaxy On7 (2016) was spotted on the bench-marking website Geekbench, thus revealing few key specs and features of the smartphone. According to the Geekbench listing, the Galaxy On7 will be powered by Exynos 7870 chipset which was earlier rumored to be powered by Qualcomm’s Snapdragon processor by GFXBench listing. 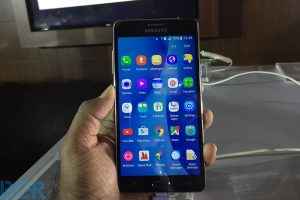 Coming to the specifications, the Samsung Galaxy On7 (2016) is said to be an upgraded version of Galaxy On7 (2015) and is expected to feature 4.8-inch full HD (1920 × 1080 pixels) display, 3 GB RAM and will run on Android 6.0 Marshmallow OS. The smartphone is also expected to come with a 13 mega-pixel rear camera, and an 8 mega-pixel selfie camera. The leaks also suggest that the Galaxy On7 (2016) will also be equipped with a fingerprint scanner which was missing on the previous Galaxy On series smartphones.

There are rumors that Samsung will launch another variant of On7 (2016) with Qualcomm’s Snapdragon 625 processor, only to be released in China. If the reports turn out to be true, Samsung might expand its Exynos chip-sets to more devices starting with Galaxy On7 (2016).