Samsung Galaxy On Nxt is now available on Flipkart: Price and Specifications

Samsung recently launched another mid-ranged smartphone under its Galaxy On series, the Galaxy On Nxt. And as promised, the smartphone is now up for sale on Flipkart and is priced at INR 18,490 (approx US $277). The Galaxy On Nxt looks identical on paper to the Galaxy On7 (2016), down to the physical dimensions, which makes an impression that it may be a re-branded version of the smartphone that was launched in China last month.

The Galaxy On Nxt features an all metal unibody design and comes with 5.5-inch full-HD (1080p) display protected by 2.5D Gorilla Glass. The Galaxy On Nxt is powered by an octa-core SoC clocked at 1.6GHz that comes with 3GB RAM. The smartphone packs 32 GB internal storage that can be expanded via a dedicated microSD slot (up to 256 GB). 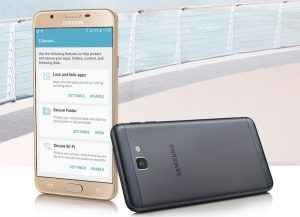 The Samsung Galaxy On Nxt supports dual Nano-SIMs and is backed by a 3,300mAh battery that’s rated to deliver up to 21 hours of 3G talk time and up to 15 hours of Internet usage over LTE.The Samsung Galaxy On Nxt packs a 13 mega-pixel rear camera and an 8 mega-pixel front camera, both with f/1.9 aperture. The rear camera is backed by a flash and it is capable of recording full-HD video.

Connectivity options include GPS, Bluetooth 4.1, Wi-Fi 802.11n, Wi-Fi Direct, but there’s no NFC. A fingerprint sensor is thrown into the home button for good measure. Under this price category, the Galaxy On Nxt will have to compete with Lenovo Z2 Plus, Xiaomi Mi Max Prime etc.

Xiaomi Mi Note 2 is now official: Features, Specifications, Price, and else things you need to know