As reported earlier, Samsung has now launched its much awaited and the most anticipated smartphone, the Galaxy Note 7 in India. The smartphone is priced at INR 59,900 (approx US $897) in the country. It will be available in the country from September 2 and will come in Gold Platinum, Silver Titanium, and Black Onyx color variants.

The Galaxy Note 7 Indian variant supports dual-SIM and features a hybrid dual-SIM slot that can take a micro-SD card up to 256 GB instead of the second SIM card. The Blue Coral color variant of the smartphone has not yet been launched in India but we can expect the company to launch it soon. Samsung says the Galaxy Note 7’s Knox security suite now supports biometric authentication from both fingerprint scanner and the all new Iris Scanner that will allow users to unlock the device by scanning the retina. 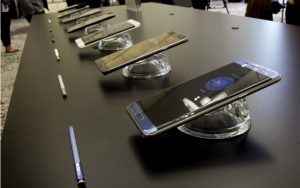 The pre-bookings for the Galaxy Note 7 will start from August 22 to August 30.  As a pre-booking offer (up till August 30), users can get the new Gear VR at a discounted price of INR 1,990. The company has also announced that interested users can avail of the Reliance Jio Preview Offer, which comes with voice and data benefits for 90 days, alongside access to the Jio Digital Life content service.

Read: Samsung Galaxy Note 7 price, specs and else thing you need to know

The Galaxy Note 7 features a dual-edge 5.7-inch Q-HD (1440 x 2560 pixels resolution) Super AMOLED display which is protected by Corning Gorilla Glass 5. The device comes with an improved S Pen Stylus. Also, both the smartphone and the S pen Stylus are IP68 certified for dust and water resistance. The Note 7 also backs a fingerprint sensor on the home button, just like the Galaxy S7 and Galaxy S7 edge. 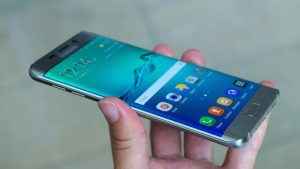 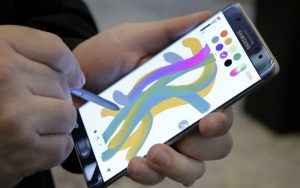 As for the camera setup, Galaxy Note 7 features a 12 mega-pixel rear camera with Dual Pixel technology for better low-light photography, phase detection auto-focus (PDAF), optical image stabilization (OIS), an f/1.7 aperture, dual-LED flash, and Auto-HDR feature. The front camera features a 5-megapixel sensor with an f/1.7 aperture. The Galaxy Note 7 is backed by a 3500 mAh non-removable battery, which the company says supports fast charging on both wired and wireless chargers, with the smartphone compatible with WPC and PMA wireless charging standards.

Connectivity options on the Samsung Galaxy Note 7 include 4G LTE, Wi-Fi 802.11ac, Bluetooth v4.2, GPS/ A-GPS, NFC, MST, and USB Type-C. Sensors on board include an acceleromenter, ambient light sensor, barometer, gyroscope, magnetometer, and a proximity sensor. The smartphone weighs in at 169 grams, and measures 153.5 x 73.9 x 7.9 mm in dimensions.