As per the sources, the Samsung Galaxy Folder 2 will feature a 3.8-inch WVGA (480 x 800 pixels resolution) display and will be powered by 1.4 GHz quad-core 64-bit Snapdragon 425 processor, paired with Adreno 308 GPU, 2 GB RAM and 16 GB internal storage that can be expanded up to 128 GB via micro-SD card. The smartphone will run on Android 6.0.1 Marshmallow OS wrapped under TouchWiz UI. 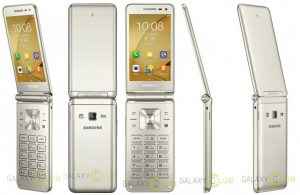 The smartphone will features an 8 mega-pixel rear camera with auto focus and LED flash. There is also a 5 mega-pixel fixed focus front camera on the smartphone. The device will be backed by a 1,950 mAh battery. On the connectivity front, the device offers 4G LTE, Bluetooth, GPS, micro USB port, and WiFi (802.11 b/g/n). The handset measures 122 × 60.2 × 15.5 mm and weighs around 155 grams.

Samsung also recently unveiled its flagship- the Galaxy Note 7, and it already is under some serious trouble. The device is on a major recall worldwide due to a faulty battery setup. The defect in the Note 7’s battery is causing the device to explode. Shipments to South Korea’s top three carriers have been suspended for now. In India, the company is giving Gear VR headset free of cost to those who pre-ordered the Galaxy Note 7 phablet and are still waiting for their devices to ship.

Xiaomi Mi Note 2 reported to be launch as Xiaomi Mi Pro on September 14: Price and Specifications