After being leaked several times, Samsung has now launched the Galaxy A8 (2016) smartphone in South Korea. And as the name suggests, the smartphone is the updated version of the Galaxy A8 that was launched back in 2015. The smartphone will be available for pre-orders in Korea and will be priced at KRW 649,000 (approx US $580 or INR 38,700) and will launch as SK Telecom exclusive.. Unfortunately, there is no information regarding the global availability of the smartphone. 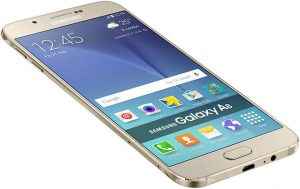 Specifications of Samsung Galaxy A8 (2016)

In terms of design, there aren’t too many differences between the Galaxy A8 (2016) and its predecessor. The smartphone gets same curves, the same metal build, as well as the slim profile that’s characteristic of Samsung’s Galaxy A series. The smartphone features a 5.7-inch Full-HD (1080p) Super AMOLED display. Although there is no Quad-HD panel, but the sharpness will satisfy most of the users. 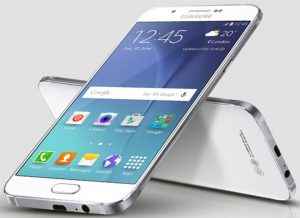 The smartphone is powered by Samsung Exynos 7420 chipset (four ARM Cortex-A53 CPU cores and four ARM Cortex-A57 CPU cores) that comes with 3 GB RAM and 32 GB internal storage that can be expanded further. This is the same platform as was seen in Samsung Galaxy S6 smartphone. The smartphone will run on Android 6.0.1 Marshmallow OS with the new Grace UX that debuted on the Galaxy Note 7.

Galaxy A8 features a 16 mega-pixel primary camera and an 8 mega-pixel front-facing camera. Though there haven’t been any details about the sensors and aperture etc, but reports suggests that it is likely to have the same sensor which is there in Samsung Galaxy S6. The smartphone will be backed with a 3,300 mAh battery that can easily last a complete day as claimed by the company.

Read More: Samsung Galaxy On8 goes official, will be available on Flipkart from October 2

Meizu MX6 smartphone now launched in a new 3 GB RAM variant: Everything you need to know