Home » Moto Z Droid and Z Force Droid now available in US, likely to come to India in October
News

Moto Z Droid and Z Force Droid now available in US, likely to come to India in October

The US based smartphone manufacturer Motorola has finally released there Moto Z flagship handsets, the Z Droid and the Z Force Droid smartphones in the home market. Both the smartphones are now available on Verizon Wireless along with a variety Moto Mods attachments. Both smartphones runs on Android Marshmallow 6.0.1 OS out of the box.

You can buy Moto Z Droid for $624 upfront or $26 per month for 24 months. It comes in black or white and packs 32 GB of expandable storage. The device also features a 5.5-inch Quad HD display protected by Corning Gorilla Glass 4, a 2600 mAh battery, a Snapdragon 820 chip, a 13 mega-pixel rear camera, a 5 mega-pixel front-facing shooter and 4 GB RAM. 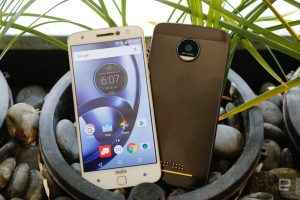 The Moto Z Force Droid is priced for $720 upfront or $30 per month. The display of Moto Z Force Droid is a 5.5-inch Quad HD Display with Shatter-Shield display protection, 21 mega-pixel snapper on the back and a bigger 3,500 mAh battery. The rest of the features such as display size, resolution, mobile OS, RAM, storage and front camera remain the same. 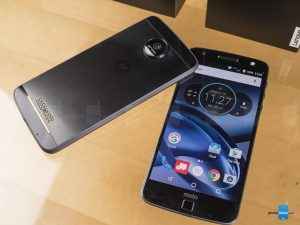 Lenovo’s new phones are pretty powerful right out of the box, but the company is offering the chance to add extra features and capabilities with its new Moto Mod attachments that includes speakers, projector, battery pack cover, camera lens, style covers etc. As an added bonus, if you decide to buy multiple Mods with your new phone Verizon will knock 20 percent off the cheaper accessories.

Lenovo-owned Moto is expected to release the Moto Z series phones by the end of September or early October in India along with the Moto Mods.