After a long wait, leaks and rumors, Motorola has finally launched its much awaited Smartphones Moto G4 and Moto G4 plus in an event organised by Motorola India in New Delhi. The first two phones under the Lenovo Moto are the successors to the Moto G 3rd Gen. The display is now bigger and sharper with improved camera and memory. 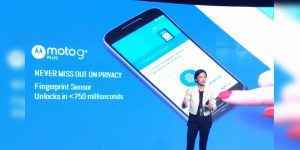 Moto G4 plus has a 5.5 inches (1080p resolution) display protected by Corning Gorilla Glass 3 which is considered to be a much needed upgrade by the company. The device runs on Android 6.0.1 Marshmallow OS. The device will be available in two variants, 2 GB RAM with 16 GB ROM and 3 GB RAM with 32 GB ROM respectively with a micro-SD slot.

The main camera on Moto G4 plus will be featuring as 16 mega-pixel with hybrid focus (Laser + phase detection). The selfie camera in Moto G4 plus is a 5 mega-pixel with an 84° wide-angle lens. The device is equipped with non-removable 3,000mAh battery that supports fast charging and comes with a Turbo Charger in the box.

The Moto G4 plus is also featuring a Finger Print Sensor as a square shaped button on the bottom of the device which is not featured in Moto G4. 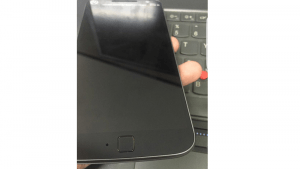 Moto G4 has the same size and display and also runs on the same Android Marshmallow OS, however there a some technical differences between both of them.

Moto G4 has a 13 mega-pixel main camera with 1080p resolution. The selfie camera is same for both the devices. Finger Print Sensor is not available in Moto G4 variant and also it has fixed 2 GB RAM for both 16 and 32 GB variants. The device has the same 3,000mAh non-removable battery that supports fast charging. However, turbo charger is not available with Moto G4.

The price of Moto G4 phone are yet to be announced later and it will go on sale next month as per the sources.

It will be the first time that Motorola devices will not be featured on Flipkart.