Home » Moto G4 all set to go on sale from June 22 in India: Features and Specifications
News

Moto G4 all set to go on sale from June 22 in India: Features and Specifications 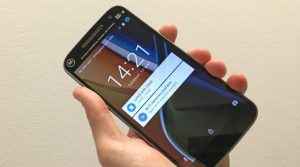 Moto G4 plus has a 5.5 inches (1080p resolution) display protected by Corning Gorilla Glass 3 which is considered to be a much needed upgrade by the company. The device is powered by Qualcomm’s Snapdragon 617 octa-core processor paired with 2 GB RAM and 16 GB internal storage, there is no option to expand it further. The device runs on Android Marshmallow 6.0 OS.

It would be interesting to see how aggressive can Motorola go with the pricing of Moto G4.

Xiaomi Mi Max all set to launch in India on June 30: Price and Specifications