Home » Microsoft Surface Book 2: What we can expect so far from the upcoming notebook
BestNews

Microsoft Surface Book 2: What we can expect so far from the upcoming notebook

The Surface Book used the Dynamic-Fulcrum hinge mechanism that allows Surface Book owners to detach the screen from the base and use the touchscreen as a fully-featured Windows 10 tablet.

Detaching the tablet is handled by a small icon in the task-bar, or by holding down on the designated keyboard key. Unfortunately, the current generation hinge leaves a small gap between the display and the keyboard when the laptop lid is shut. This made the chiclet keyboard and display get dirtier than rival devices as you thrown the laptop in-and-out of your backpack. 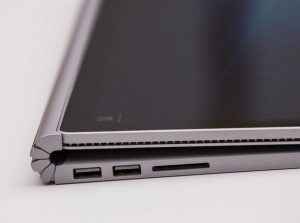 But now, the company’s upcoming Surface Book 2 is expected to ditch that unsightly gap in the hinge that means the display and keyboard will sit flush when closed, like traditional laptop designs. Also, We can expect Surface book 2 to be powered by Intel’s Skylake processor and will run on the Red-stone 2 update of Windows 10 OS.