The YU Yureka S features a 5.2-inch (1080 x 1920 pixels resolution) display which is protected by Corning Gorilla Glass 3. The smartphone is powered by an octa-core Qualcomm Snapdragon 615 processor clocked at 1.1 GHz that comes with 3 GB RAM and 16 GB internal storage (expandable up to 128 GB) and comes with hybrid SIM slot. The device runs on Android 5.1 Lollipop OS and has Adreno 405 GPU. 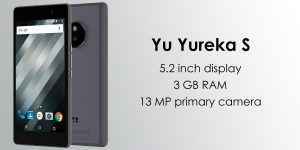 The smartphone features a 13 mega-pixel rear camera with LED flash, f/2.2 aperture, and also comes with full-HD video recording support. It sports a 5 mega-pixel front camera. The handset supports 4G LTE alongside other connectivity options including Wi-Fi, Bluetooth, GPS, Micro-USB and is backed with a 3,000 mAh battery. The dimensions of the smartphone are 154.8 x 78 x 8.5 mm and it comes in a black color variant.

Specifications of YU Yunique Plus

The YU Yunique Plus is a dual-SIM smartphone that features a 4.7-inch (720 x 1280 pixels resolution) IPS display with Corning Gorilla Glass 3. The device is powered by a 1.2 GHz quad-core Qualcomm Snapdragon 410 (MSM8916) processor coupled with Adreno 306 GPU and 2 GB RAM. It comes with 8 GB internal storage and can be expandable up to 32 GB using micro-SD card. It runs on Android 5.1 Lollipop OS. 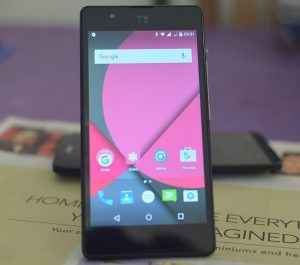 The smartphone comes with an 8 mega-pixel rear camera with LED Flash and an f/2.0 aperture. There is a 2 mega-pixel front camera on board as well. It supports GPRS/ EDGE, 3G, 4G, Bluetooth, GPS, and Wi-Fi connectivity options. Notably, both the SIM cards support 4G. The device is backed with a 2,000 mAh battery.