The India based Tech Giants Micromax has launched a new Canvas Smart LED TV series in the country. Under this series, the company has launched three variants of Smart TVs that include 32-inch, 40-inch and the 50-inch display sizes. All the three variants are also listed on Flipkart at INR 19,989, INR 29,989, and INR 42,989 respectively. 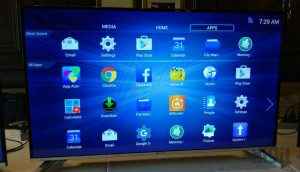 The 40-inch Canvas Smart LED TV shares the same specifications as the 32-inch variant except for a larger screen, full-HD (1080 x 1920 pixels) resolution panel, two USB ports and 24 watt speakers. It is 70 mm tall and 535 mm wide. Like its 32-inch variant, this TV too can be controlled using a smartphone. 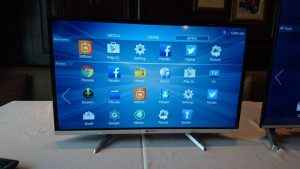 The third Smart LED TV set to be launched sports a 50-inch full HD screen. As per the listing on Flipkart, the Canvas LED TV shares the same features as its 40-inch version except for a larger screen size and one extra USB port.

With Micromax’s entry into the LED Smart TV segment at sub INR 50k price tag, the company will compete with the likes of Sony, Intex, LG, Samsung and Panasonic.

Meizu launches its new premium and affordable smartphone, the M3E: Price and Specifications