LG has officially launched X Cam smartphone in India. The device features dual rear camera setup that comes with a 120-degree wide angle lens. The smartphone is priced a INR 19,990 (approx US $298) and is now available in its Titan Silver color variant across the stores in the country. The LG X Cam was unveiled earlier in February ahead of MWC 2016. 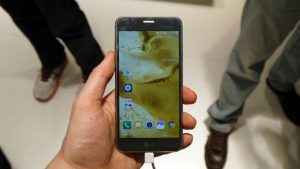 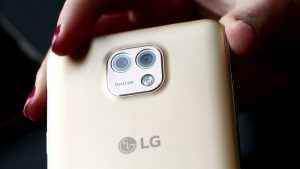 Like the LG G5, the X Cam has a two cameras at the back, a 13 mega-pixel sensor with a wide angle lens and then a special 5 mega-pixel camera with an ultra wide angle lens that captures 120-degree field of view. The camera can be used to take wide angle images and also used together with the standard camera to create a picture-in-picture effect created using images captured from both the cameras. LG is also touting a Pop Out Picture feature that combines 6 images into a moving image.

On the front, the smartphone features a 5 mega-pixel camera. Connectivity options on board the LG X cam include 4G VoLTE, Wi-Fi 802.11 b/g/n, Bluetooth v4.2, GPS/ A-GPS, Micro-USB, 3.5 mm audio jack, and FM radio with RDS. Sensors on board include proximity, accelerometer, magnetometer, and ambient light sensor. The smartphone weighs in at 118 grams, and measures 147.7 x 73.6 x 6.9 mm.

Also Read: Google confirms LG V20 to be the first smartphone that will run Android Nougat