Back in September, the South Korean Tech giants LG launched the LG V20 smartphone. The V20 is the first device to come with Android 7.0 Nougat OS already installed. The smartphone is already up for pre-orders in US. Now, as per the recent reports, LG V20 is set to launch in India soon and the smartphone will bear a price tag of INR 49,990. Though, the exact date is not yet confirmed, but we can expect the smartphone to be available in India by the end of November or early December. 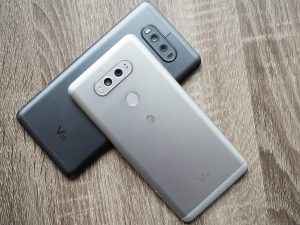 The LG V20 is made out of AL6013 metal – which is used to build aircraft, sailboats, and mountain bikes – and LG claims it can easily survive drops from a height of four feet. The smartphone features a 5.7-inch Quad-HD (1440p) IPS Quantum display with 513 ppi. There is also a second display on the smartphone as seen on LG V10. The secondary display on the LG V20 comes with a font size that’s 50 percent larger font size compared to the V10, making it easier to view notifications and alerts at a glance. 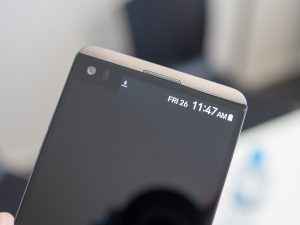 The smartphone is powered by a 2.15 GHz quad-core Qualcomm MSM8996 Snapdragon 820 SoC that comes with 4 GB RAM and 32/64 GB internal storage variants that can be expanded up to 256 GB via micro-SD card. LG V20 of course comes with Android 7.0 Nougat, and the Google In Apps search function, with LG UX 5.0+, an upgraded version of the LG UX 5.0 first introduced on the LG G5, on top. It also features the Multi-window mode, that lets you run two apps side-by-side. 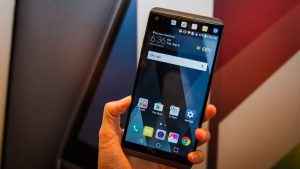 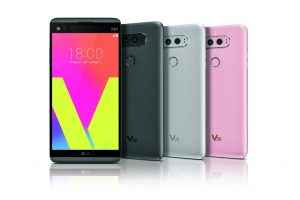 The LG V20 comes with features like 32-bit Hi-Fi Quad DAC (with support for flac, did, diff and alac file formats), HD Audio Recorder, and B&O PLAY speakers, to keep the audiophile in you happy. The device features a fingerprint scanner at the back and is backed by a 3,200 mAh battery. LG V20 will be available in Titan, Silver and Pink color variants. It supports X12 LTE, Wi-Fi (802.11 a, b, g, n, ac), USB Type-C, Bluetooth 4.2 and NFC.