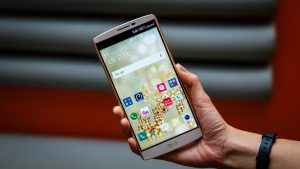 The company not only revealed the name of the handset and the Android version it will be running on, but also confirmed that the handset will be launched as soon as next month. As per the sources, the focus of the V20 will be that of delivering a better multimedia experience. LG has not revealed anything else about the device so far. It is likely that the handset will come with Qualcomm Snapdragon 820 processor.

To recall, the LG V10 was launched last year in October. It features another screen above the main 5.7-inch display. The second display can stay on to display weather, time and date when the main display is turned off. It has room for frequently-used apps and can receive notifications while using the main screen to watch a video.

Some of the features included in the V10 are Qualcomm Snapdragon 808 processor, 4 GB RAM, 64 GB internal storage, 16 mega-pixel rear camera, 5 mega-pixel front-facing camera, and is backed with a 3,000 mAh battery.

Gionee M6 and M6 Plus launched with Data Encryption Chip and massive batteries: Price and Specificatons