LG Stylus 2 Plus launched in India: Price and Specifications

LG has recently launched a new phablet, the LG Stylus 2 Plus in India on Thursday, July 14. As the name suggests, the new LG phone is an advanced version of Stylus 2, which was earlier released in May in India. The phablet comes with major upgrades in four aspects: the display resolution, SoC (System-on-Chip), primary camera and RAM capacity.

Amit Gujral, Marketing Head – Mobiles, LG India, said in a statement,”We believe in constantly refining our products to best suit the needs of our consumers. With the Stylus 2 Plus smartphone, we have taken the Stylus experience to a whole new level and that too at a very competitive price point. With the new LG Stylus 2 Plus, consumer experience shall be a delight with some innovative features,”. 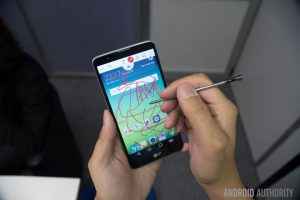 The new Stylus 2 Plus costs Rs. 24,450 in India, but the details with regard to the device’s availability in the market is still under wraps.

Specifications of LG Stylus 2 Plus

The LG Stylus 2 Plus now features a full HD (1920 * 1080p resolution) display. The device is powered by Qualcomm’s new Snapdragon 430 octa-core CPU that comes with 3 GB RAM and 16 GB internal storage. There is a  16 mega-pixel camera on the back. The previous version of the device featured HD (1280 * 720p resolution) display, Snapdragon 201 quad-core processor, 2 GB RAM and a 13 mega-pixel camera. 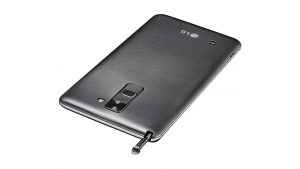 The highlight of LG’s new phone is its Stylus functionality. It comes with dedicated features such as Pen Pop, which gives easy access to all the pen functions, Pop Scanner, a picture editing tool, Screen-Off Memo, which allows users to write Memos on phone screen without having to wake up the phone, Pen Keeper, that alerts the user when they forget to place the stylus back after use and many more.