Lenovo Z2 Plus smartphone is now available in India on Amazon Exclusive: Price and Specifications 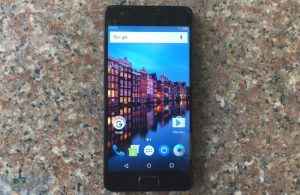 Specifications of Lenovo Z2 Plus

Lenovo ZUK Z2 features a 5-inch Full-HD (1080p) display. The device is powered by 2.15 GHz Qualcomm Snapdragon 820 processor that comes with 3/4 GB RAM and 32/64 GB internal storage variants. Unfortunately the storage on both the variants can not be expanded further. The Z2 Plus is a dual-SIM (4G+3G) smartphone that supports Nano-SIM cards. The smartphone is also equipped with a fingerprint scanner on its home button.

Lenovo ZUK Z2 features a 13 mega-pixel primary camera and an 8 mega-pixel front shooter. The rear camera gets EIS, f/2.2 aperture and phase detection auto-focus (PDAF). ZUK Z2 also features support for slow motion video shooting at 960 fps. The device was announced in Black and White color variants. The Lenovo Z2 Plus runs Android and is powered by a 3500mAh battery that also features an intelligent charge cut-off feature to ensure the battery does not overcharge.

Connectivity options on the smartphone includes Wi-Fi 802.11ac, Bluetooth 4.1 and uses USB Type-C port for charging. Sensors include a proximity sensor, ambient light sensor, accelerometer, and gyroscope. The smartphone also comes preloaded with the company’s new U-Health app, and the hardware and software together make the smartphone a great activity tracker