Lenovo Yoga 710 2-in-1 convertible Laptop now available in India along with Yoga Mouse: Price and Specifications

Lenovo has recently launched the Yoga 710 convertible laptop in India. The laptop is priced at INR 85,490. Being the hybrid laptop, the Yoga 710 also comes with a wireless Yoga Mouse that can also be used as a remote control for an on screen presentation. The laptop will be available via the Do Store online and comes in Silver color variant.

Commenting on the launch, Bhaskar Choudhuri, Director, Marketing, Lenovo India said, “Today, consumers expect their gadgets to add value to their active, on-the-go lifestyles. Yoga 710 is a laptop that caters to these new-gen mobile workers and travel enthusiasts who need work, recreation, and social connectivity on-the-go, and with minimal connectivity hassles. Yoga 710 comes with just the right specs and form factor that enable this. The flexible Yoga Mouse adds on to the style quotient of the device. We’re excited to see how Indian consumers respond to this distinctive combination of style and specification.” 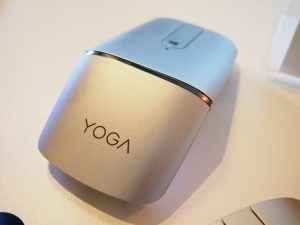 Apart from the Yoga Mouse, the company also announced other accessories that go along with the Yoga 710 – Lenovo 500 2.0 Bluetooth Speaker and the Lenovo 500 Earbud/In-ear Headphone.

The Lenovo Yoga 710 features a 14-inch full HD display at 1080p resolution. The laptop’s display is a touch input that can be rotated 360 degrees to convert the laptop into a tablet. The laptop weighs 1.5 kg. The company is touting a battery life of up to 8 hours with the 4-cell 53 WHr battery on board. 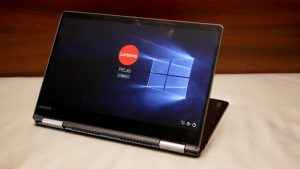 The laptop also sports a 720p HD webcam, and in terms of connectivity, offers two USB 3.0 ports, one HDMI port, an SD card reader, Wi-Fi 802.11ac, microphone and headphone combo jack, and Bluetooth 4.0. There is no Ethernet port.