As per the reports, a new Lenovo smartphone (model no Lenovo P2c72) has been spotted on the Chinese certification agency, TENNA. Also, this upcoming smartphone is reported be the successor of the Lenovo Vibe P1 and will be launched as Lenovo Vibe P2. The listing has revealed the design and specifications of the new Lenovo phone. The smartphone was also spotted on GeekBench listing.

As per the TENAA listing, the Lenovo smartphone has a 5.5-inch full HD (1080p) display, will be powered by a 2.0 GHz octa-core Snapdragon 625 processor, 4 GB RAM and 32/64 GB of internal storage variants, a 13 mega-pixel rear camera, a 5 mega-pixel front facing camera and will be backed with a huge 5,000 mAh battery. The device features full metal body and comes with fingerprint sensor as the home button. 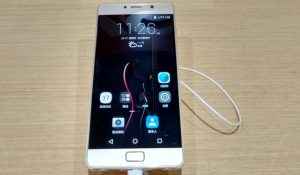 The phone runs on Android 6.0.1 Marshmallow operating system. The phone is 153 mm tall, 76 mm wide and 8.29 mm thin and it weighs 179 grams, according to the TENAA listing. The phone supports 4G LTE, Wi-Fi, Bluetooth, GPS among connectivity options.The T-Shaped antenna line hints at NFC support too. As per the listing, the device will be available in Gold and Silver Grey color variants.

As per the listing on Geekbench, the Lenovo Vibe P2 has 4 GB RAM, Qualcomm Snapdragon 625 chipset with 2 GHz octa core processor and Adreno 506 GPU. The handset is based on the Android 6.0.1 Marshmallow operating system. There is no information about the availability of Lenovo Vibe P2 at the moment but since it is now spotted on TENAA, we can expect its launch soon.

HTC One A9s reported to be launch tomorrow: Features and Specifications