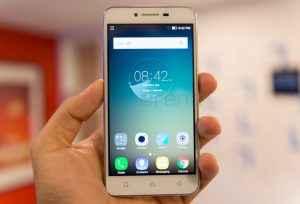 The Lenovo Vibe K5 comes with 2 GB RAM and 16 GB internal storage, which can be expanded up to 32 GB via a micro-SD card. On the camera front, it is equipped with a 13 mega-pixel auto-focus rear camera with LED flash. And on the front, there is a 5 mega-pixel selfie camera.

The Lenovo Vibe K5 is backed by a 2,750 mAh battery, stereo speakers at the back with support for Dolby ATMOS, and connectivity options like dual-SIM card slots, 4G LTE support, Wi-Fi, GPS and Bluetooth. On the software front, it runs on Android Lollipop 5.1 OS. The device measures 142 * 71 * 8.2 mm and weighs 150 grams.