Lenovo has confirmed that its upcoming smartphone, the Lenovo Vibe K5 Note will be available for sale on Flipkart from next week i.e. August 1. The smartphone was earlier rumored to be sold on Amazon India as its predecessor, the Lenovo K4 Note was launched through the same e-commerce site. But recently, Flipkart has confirmed via twitter that the new Vibe K5 Note will be available for purchase on its e-store.

We are ready! See you on the 1st of August #KillerNote5 pic.twitter.com/QNWEBW3epQ

Sudhin Mathur, Executive Director, Mobile Business Group, Lenovo, said in a statement, “Last year Lenovo was the top smartphone brand of 2015 on Flipkart and we aim to retain that position this year as well. Since last year, Flipkart has sold over 5 Million units of Lenovo smartphones and we will aim to reach consumers spread across 15000+ pin codes through this partnership,”.

As per the International Business Times, Lenovo has revealed that the Vibe K5 Note bound for India will have 4 GB RAM, 2 GB more than the original model sold in China. The device features a 5.5-inch full HD (1080p) IPS display and is powered by MediaTek’s 64-bit Helio P10 octa-core processor clocked at 1.8 GHz, and paired with Mali-T860 GPU. It will e interesting to see if the company sticks with the 16 GB internal storage or launches a 32 GB storage variant. 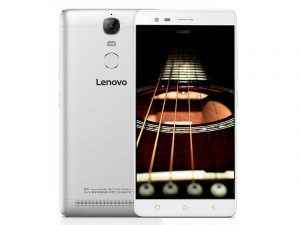