Home » Lenovo Phab 2 Pro is now available for sale in US: Price, Specifications and else things you need to know
AndroidNews

Lenovo Phab 2 Pro is now available for sale in US: Price, Specifications and else things you need to know

Lenovo Phab 2 Pro, the world’s first Tango smartphone is finally available for sale in US. Smartphone was earlier reported to be available in August, but was delayed till September, and then to October until its been now finally released in US market. The smartphone is available through the company’s website and is priced at US $499 (approx INR 33,300). Though, the Global availability of the smartphone is still unknown. 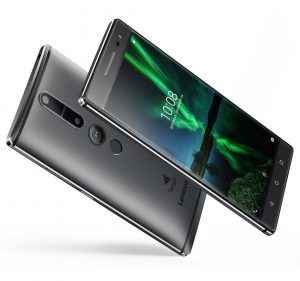 The Lenovo Phab 2 Pro smartphone was announced earlier this year in June at Lenovo Tech World in Silicon Valley and is the first smartphone to come with three rear-facing camera. The point of Tango is to have an AR experience that ‘disappears’ into the background, isn’t obvious but is useful and helps you do stuff easier and better.

The Lenovo Phab 2 Pro uses the motion tracking and the depth sensing cameras to learn areas, so it can recognize places (say, rooms) in which it’s been before. It’s able to map physical spaces, it can track objects, and it can project virtual effects in what is a real-world space. It can help you navigate indoor places or provide contextual information about the objects it’s seeing. 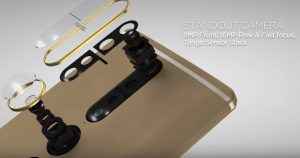 The phone will come in an all uni-metallic body that will be to available in gold or silver color options. It features a 6.4-inch Quad-HD (1440p) an 8 mega-pixel selfie camera on the front, a 16 mega-pixel main camera on the rear, as well as a depth camera and a motion tracking camera – also on the back. It also sports Dolby Atmos audio technology for its speakers, apart from Dolby Audio 5.1 Capture technology for recording 3D sound. 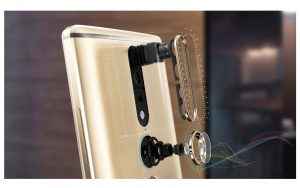 The device runs Android 6.0 Marshmallow and has a fingerprint scanner. The Phab 2 Pro is backed with a beefy 4,050 mAh battery and is powered by Qualcomm’s Snapdragon 652 chipset that comes with 4 GB RAM and 64 GB internal storage. It can record sound in 5.1 surround thanks to Dolby Atmos technology. The Phab 2 Pro will be offered in Gunmetal Gray and Champagne Gold. It is a bit thick at 11.15 mm and will be backed with a 4,050 mAh battery.