Home » Lenovo Phab 2 Plus will go official in India tomorrow: Features, Specifications, Price and else things you need to know
AndroidNews

Lenovo Phab 2 Plus will go official in India tomorrow: Features, Specifications, Price and else things you need to know

Lenovo is all set to launch the successor of the Phab Plus smartphone in India, the Lenovo Phab 2 Plus. Company has already sent out media invites to the press for a launch event in Delhi. The invite says: “Its time to live life Phab size.” There’s also the Amazon logo on the invite, which surely indicates that the phablet will be launched in India via Amazon exclusive.

The most exciting feature of Lenovo Phab 2 Plus is that it also has an augmented reality mode in the camera to let users create photos and videos with superimposed effects such as virtual backgrounds or cartoons. However, this is not as same as the Lenovo Phab 2 Pro, which is the Google’s Project Tango enabled smartphone. The Project Tango smartphone has an array of sensors to figure out real-world spacing and experiences for the user, which won’t be possible on the Phab 2 Plus.

Read: Lenovo Phab 2 Pro is now available for sale in US: Price, Specifications and else things you need to know 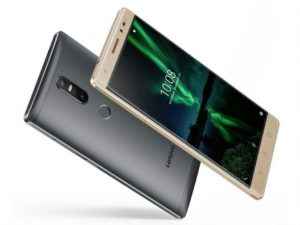 Coming to the specifications, Lenovo Phab 2 Plus comes with a 6.40-inch Full-HD (1080p) display. The phablet is made of aluminium alloy with curved 2.5 glass on the front. The Phab 2 Plus is powered by MediaTek MTK8783 octa-core processor, that comes with 3 GB RAM and 32 GB internal storage that can be expanded further up to 128 GB via microSD card. 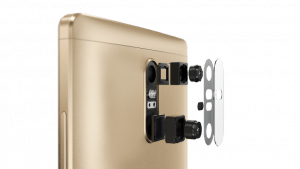 The Phablet has two 13 mega-pixel rear cameras along with an 8 mega-pixel front camera. Phablet is backed by a 4,050 mAh battery. This is a single-SIM device with a Nano-SIM slot. Lenovo Phab 2 Plus also comes with Dolby Atmos and Dolby Audio Capture 5.1 surround sound support. Sensors on the Lenovo Phab 2 Plus are G-Sensor, Proximity Sensor, L-Sensor, E-Compass, Gyroscope Hall Sensor.

Lenovo Phab 2 Plus was priced at $299 (approx INR 19,999). Phablet was announced in San Francisco at the company’s Tech World Conference in June this year along with the Phab 2 Pro, and the new Moto Z smartphones.