Moto G4 launched in India at price tag of Rs 12,499: Availability and specifications 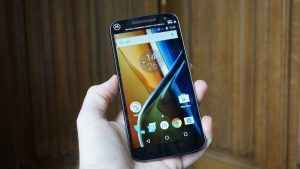 Moto G4 plus has a 5.5 inches (1080p resolution) display protected by Corning Gorilla Glass 3 which is considered to be a much needed upgrade by the company. The device is powered by Qualcomm’s Snapdragon 617 octa-core processor paired with 2 GB RAM and 16 GB internal storage, there is no option to expand it further. The smartphone has Adreno 405 GPU. The device runs on Android Marshmallow 6.0 OS.

Sony Xperia X Review: High specs but does it worth it!

The upcoming Nexus 2016 Smartphones featuring Android 7.0 N OS rumored to be based on HTC 10