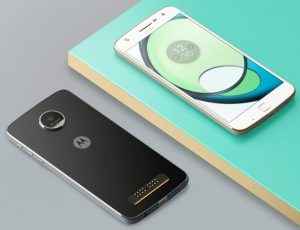 Moto Z Play will be available globally this month priced and will be priced at EUR 499 (approx US $563 or INR 37,500). However, there is no information regarding the availability of smartphone in India. Company also launched a new Moto Mod to enhance the camera of the smartphone. The new Hasselblad True Zoom mod features 10 x Optical Zoom with Xenon flash, ability to shoot in RAW format, physical shutter and zoom controls. 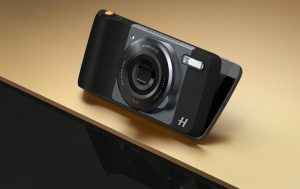 It also lets users edit images in Hasselblad’s Focus software inside the handset. Users will also be receiving free unlimited storage in Google Photos to store original quality images for two years. The mod will be available globally starting in September at around EUR 299 (approx $335 or INR 22,300).

The Moto Z Play features a 5.5-inch full-HD (1080p) Super AMOLED display and is powered by octa-core Qualcomm Snapdragon 625 processor that comes with 3 GB RAM and 32 GB internal storage that can be expanded further via micro-SD card. The smartphone will run on Android 6.0.1 Marshmallow OS and will be backed with a 3,510 mAh battery that can give you up to 50 hours of back-up as claimed by the company. 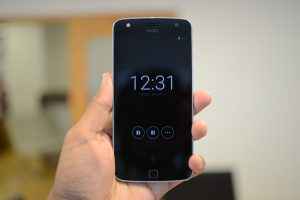 As for the camera setup, the smartphone features a 16 mega-pixel rear camera and 5 mega-pixel front facing camera. The rear camera also features hybrid auto-focus and support for up to 4K resolution video recording. Also, both the cameras have their own flash.

The Moto Z Play supports nano-SIM cards, and while Motorola has not specified whether India will receive the dual-SIM variant, we do expect this to be the case. There’s also a fingerprint reader, a USB Type-C port for charging and data transfers, a 3.5 mm audio jack, and a liquid-repellent nano-coating. A Turbo Power charger will be included with the device, giving you up to 8 hours of usage with 15 minutes of charging, as per the company’s claims.

HTC One A9s goes official at IFA 2016: Features and Specifications

Lenovo P2 with 5,100 mAh battery and Lenovo A Plus smartphones are now official: Price and Specifications