Lenovo all set to launch Lenovo Vibe K5 in India next week: Features and Specifications

Soon after launching the Lenovo Vibe K5 Plus in India earlier this year, the company is planning on launching a more affordable variant of the smartphone. The smartphone is named as Lenovo Vibe K5, which is already available in certain European markets. The upcoming smartphone will be launched in India next week and is considered as the successor to the A 6000 that was launched last year. 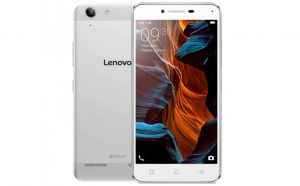 The Lenovo A 6000 was launched at Rs 6,999 last year, while the Vibe K5 Plus was recently launched at Rs 8,499. So, it is truly be considered that the upcoming Vibe K5 will be slotted between the two Smartphones.

The Lenovo Vibe K5 comes with 2 GB RAM and 16 GB internal storage, which can be expanded up to 32 GB via a micro-SD card. On the camera front, it is equipped with a 13 mega-pixel auto-focus rear camera with LED flash. And on the front, there is a 5 mega-pixel selfie camera.

The Vibe K5 also is backed by a 2,750 mAh battery, stereo speakers at the back with support for Dolby ATMOS, and connectivity options like dual-SIM card slots, 4G LTE support, Wi-Fi, GPS and Bluetooth. On the software front, it runs on Android Lollipop 5.1 OS.

Tech News: Microsoft to remove one important feature from its Android launcher