According to the recent reports, the Chinese Technology company LeEco, also know as LeTV has been working on its new flagship smartphone, which is said to be named as LeEco Le 2s. The smartphone is said to be the successor of the LeEco Le 2 smartphone. Now, if the rumors are to be true, than the device may borrow the design of the much-hyped iPhone 7 which is expected to arrive next month.

In the recent leaked images, we can see the back panel of the device which is also a black color version and isn’t common in LeEco’s portfolio. The device will come with a full metal build, and you can easily spot the cutouts for the camera, the LED flash underneath it, as well as a fingerprint scanner below that. 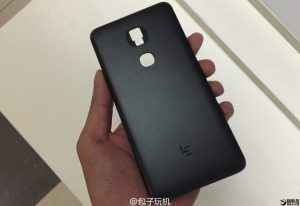 The second image reveals an interesting design detail of the smartphone, which is an antenna band design that resembles on that of the Apple’s long been rumored to employ for its upcoming iPhone 7 and iPhone 7 Plus. So it looks like that outline already has some fans in China. 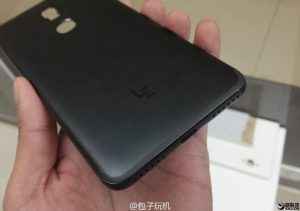 The camera setup are expected to be 16 mega-pixel rear setup and an 8 mega-pixel front setup and may remain same for all the variants. The Le 2s will run Android 6.0.1 Marshmallow underneath LeEco’s own EUI. The device is expected to have a big battery, which is speculated to be around 5,000 mAh. Speculations have it that the Chinese smartphone maker will release the LeEco Le 2s on Sept. 7 but it is yet to be confirmed.